The base of the project is formed by several design principles based on the previous analysis of program, context and intention. 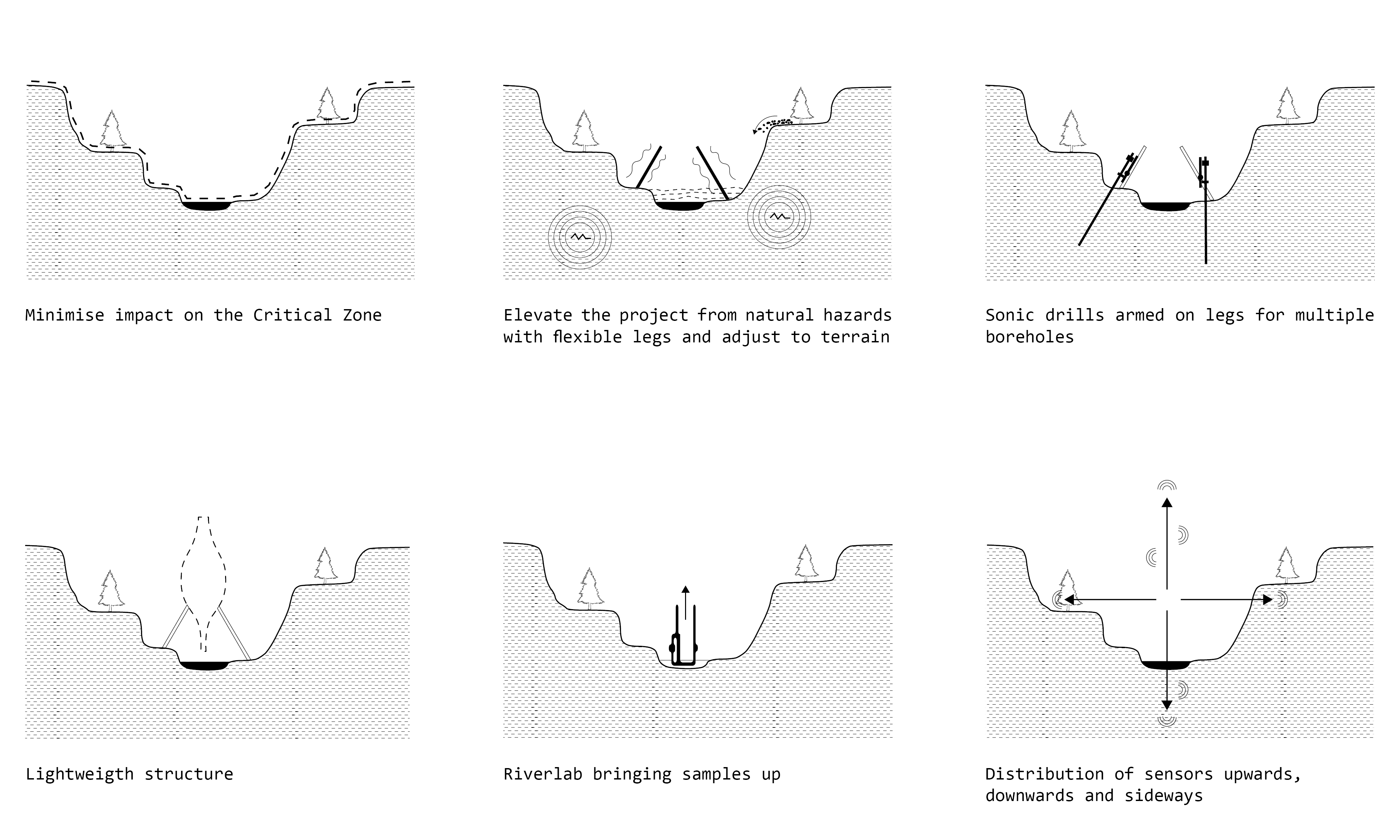 The project aims to have as little implication on the Critical Zone as possible in order to not interfere with the Critical Zone for accurate sensing of the environment. The project is elevated from the natural hazards that characterize the site through flexible legs. These flexible legs respond to earthquakes as seismic dampers and allow the project to adjust to uneven terrain and potential Critical Zones around the world. Sonic drills used for drilling and taking samples of the ground are armed on the legs as a stable base. The central riverlab collects water from the river and pumps it up for analysis. Finally the project distributes the sensing devices upwards, downwards and sideways in the section.

Based on the design principles, several design studies investigated the different spatial and architectural options in the form of a technical tower, a heterogeneous stack and a parasitical pod. The technical tower and heterogeneous stack turned out to be too rigid, homogeneous, and through its architectural language considered humankind as something outside of nature, instead of an inherent part of nature and the Critical Zone itself. I believe this is one of the problematics of our current environmental crisis. The chosen model for future development is the parasitical pod. The pod has a certain notion of connecting, morphing and adapting in its architectural language, which corresponds to the effort that we, as humankind are currently making in our attempts of understanding and adjusting to our environment. Thus, the model carries a larger message of intent. 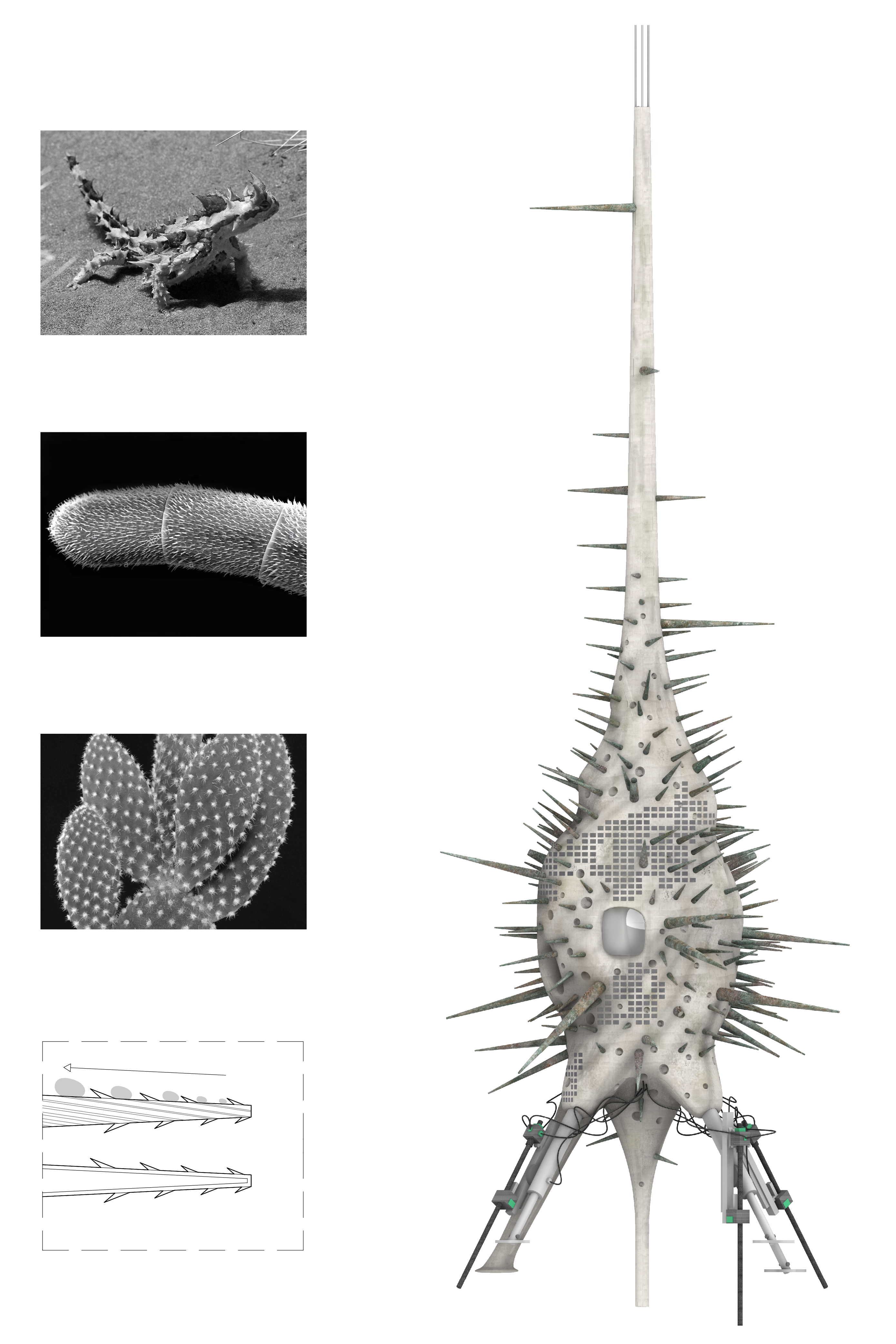 With it’s remote location and energy intensive program of sensing devices and drills, the project aims to be off-grid and self sufficient. For this, the project looked into biomimicry and conceives the pod as a performative shell. The shell generates its own wthe project ater through fog collection. With its high altitude, the Bolshaya Almatinka mountain river generates a lot of fog in the morning and is thus a natural resource of water. The fog collecting is based on the Opuntia Microdasys, a type of cacti that collects fog out of its environment through its profiled spikes. Droplets of water form on the end of the spike and are guided to the base of the spike through its profiling and capillary function. The project generates its own electricity through slim film PV cells on its shell. Together with the spikes the cells form a functional pattern based on sun orientation and site characteristics which might be reminiscent of a creature or animal.

Next: The project as sensing machine >