The project as sensory extension

The project is conceived of as a sensory extension of the human body. In order to further understand this relationship between the human body, technology and the project, several references of body artist Stelarc and A Cyborg Manifesto (1985) by feminist professor Donna Haraway have been investigated.

In the work of Stelarc and Haraway, the body is seen as a structure, not as an object of desire, but as a possible object of redesigning. Technology is inserted and attached to the human body and the human body is invaded and augmented. As a surface, the skin once was the boundary of the self and the beginning of the world. But now, pierced, stretched and penetrated by technology, the skin is no longer a smooth and sensuous surface.

In Stelarc’s and Haraway’s work, the interface between the human body and technology never seems to be seamless, with often contestable and painful moments. This generates an intimate relationship between the human body and technology. Just like the Body without Organs there’s a crossing of the inside and the outside through pores, scars and stitches. The human body is seen as an extruded system rather than an enclosed structure, which is no longer bound by the skin, but performs beyond the skin. There is an extrusion and extension of its capabilities. You can see with other eyes and hear with other ears. This intimate relationship between human and technology, between what is sensed through the sensing devices and how it is perceived through the human body forms the base of the project as a sensory extension. 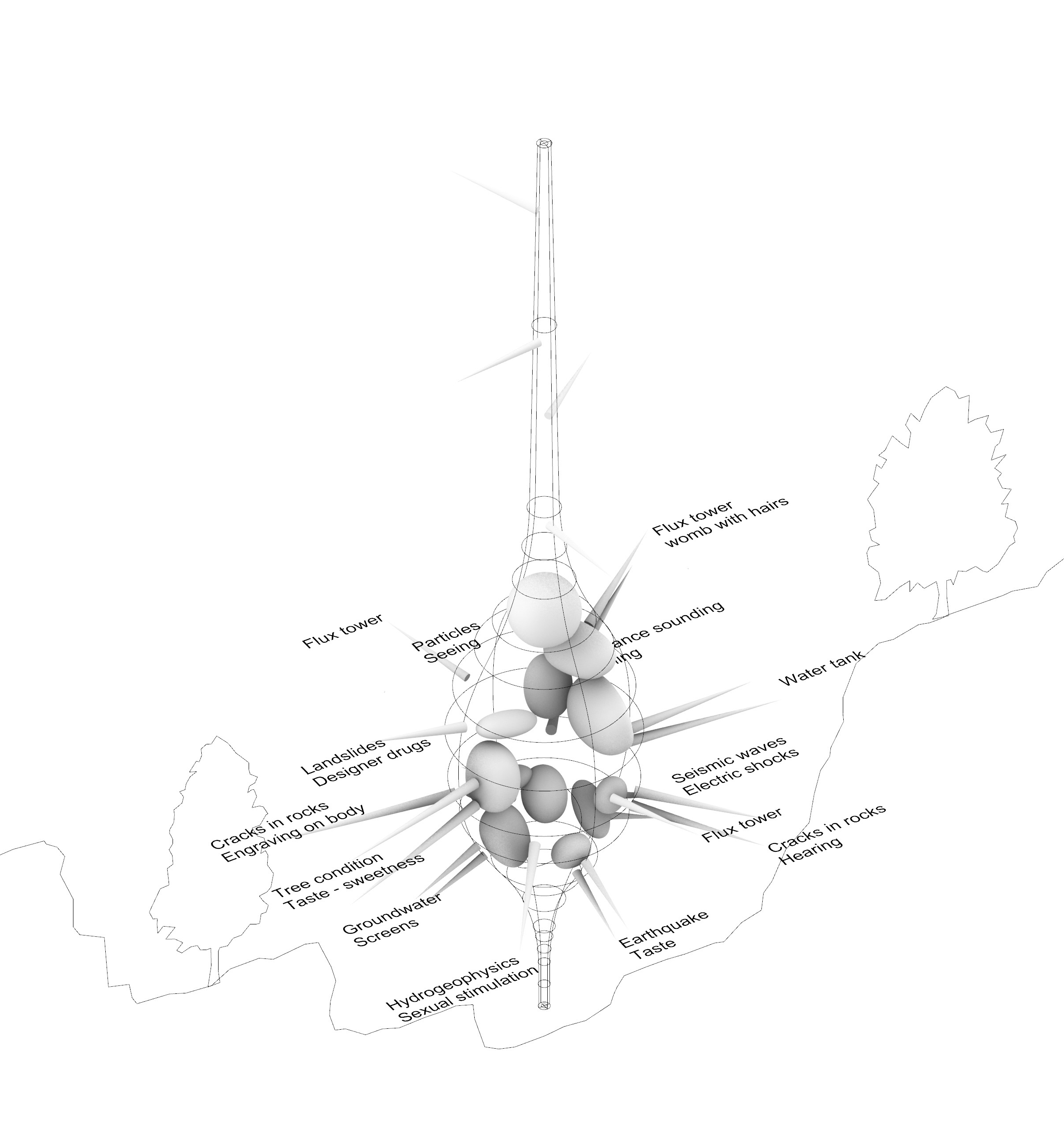 The essence of a sensing device is that it measures something and that it translates the information into something we can perceive as humans. Traditionally through data or a screen. However, this quality can also be extended and used to translate any sensed data into another perception. Can you taste an earthquake? Can you hear cracks in rocks? In the project, there is a translation between what is sensed in the environment into an intimate bodily perception to generate the project as a sensory extension of the human. 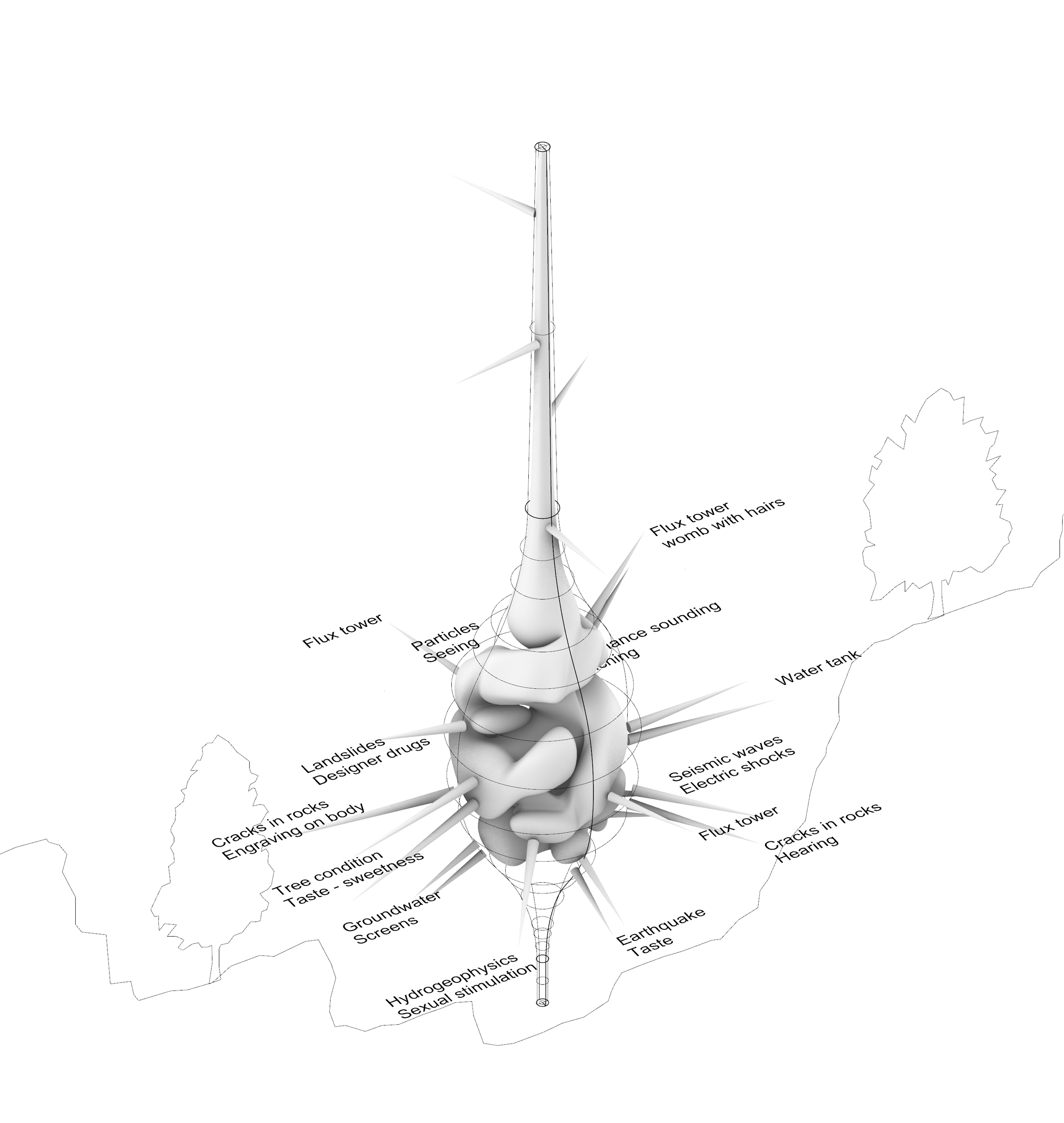 The interior spaces are then connected with each other generating an intimate spatial complexity. The shell is made and dimensioned for the sensor and treats the human as a guest. This leads to an intimate habitation of squeezing, folding and crawling which amplifies the intimate relationship between the project and the human body. 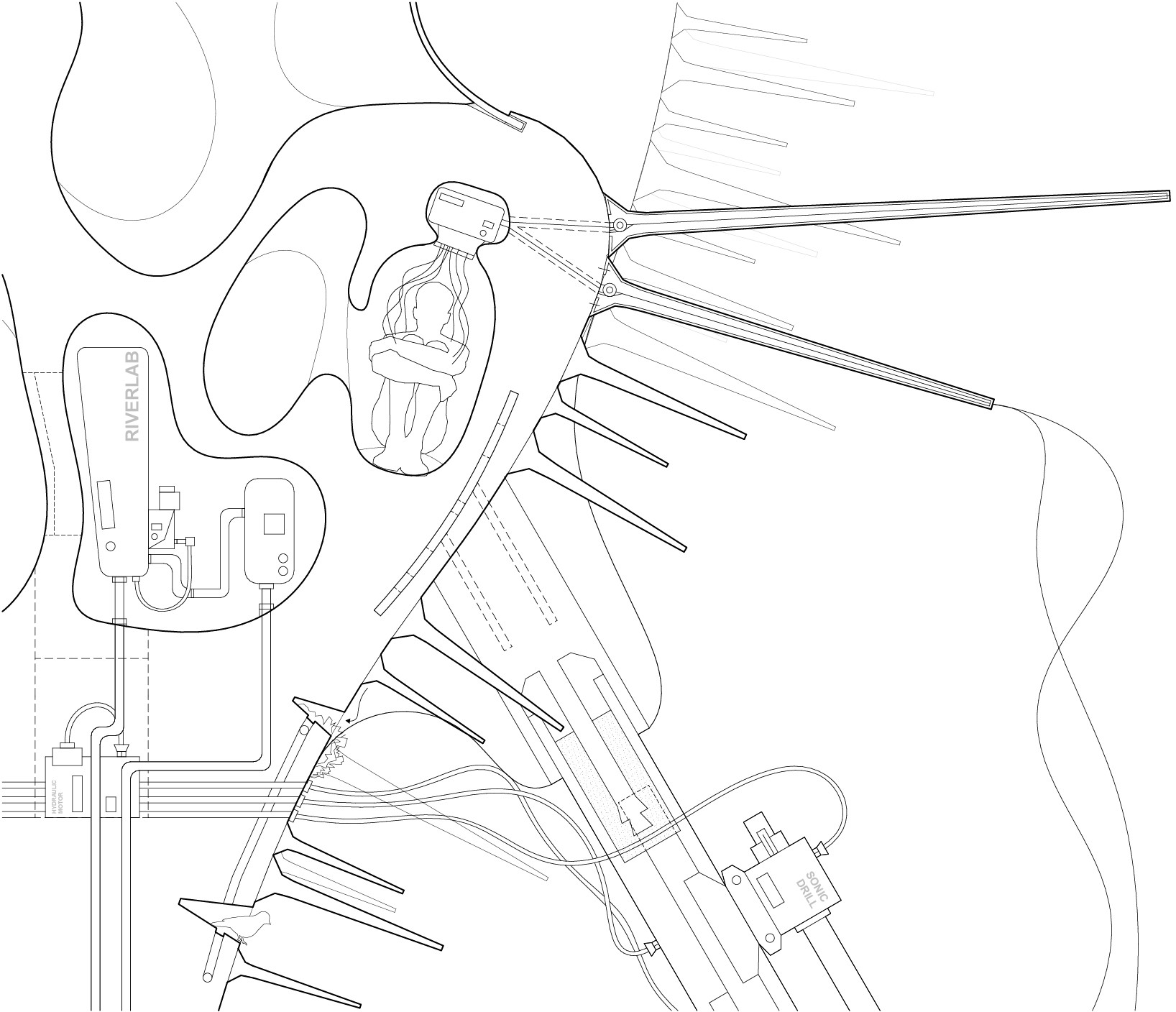 As depicted in the fragment, there is an interior translation of what is sensed in the environment into an intimate bodily perception. In this case seismic waves are translated into small electric shocks. The spikes make the connection to the environment and as previously stated are used for the collection of fog. The spikes are made of a hollow 5mm copper section. Within the spikes there is a wire system which distributes the devices to the environment and can be rolled up and extended to the environment. Through the profiling, water droplets form on the spikes and are guided to the shell through capillarity. From here, the droplets stream down on the facade and are collected in the negative cavities. The water is distributed through a lined infrastructure system casted within the shell. These cavities also allow for the habitation of birds and through the highly porous and corrosive material a reaction will form with the water generating mold and bacteria, and in that sense a symbiosis between the project and the Critical Zone. The hydraulic motor generates hydraulic pressure for the drills and telescopic legs. The motor can be reached for maintenance through a hatch in the shell. Moreover the Riverlab pumps up the river water from the bottom of the project for analysis. 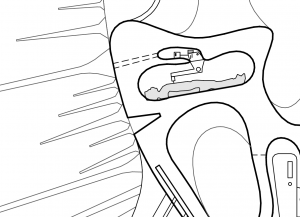 Figure 15 – Engraving on the body

Engraving on the body

Moreover, acoustic emission data is also engraved on the body. Here, the body is considered as a canvas or data carrier of the sensed environment.

The project considers the human body as a Body without Organs within the project as a Body without Organs. This means that the human body is a reversible surface, just like the project as reversible surface. Technology is inserted in the body and thus there is an experience of the sensed environment from within. In this case, designer drugs change the contraction of the stomach as a landslide detection system from within.

As a most intimate experience, the project contains a sexual stimulation device based on the humidity of the sensed environment. This sexual pleasure relates back to the desiring machines, to the desire of both humand and machine, to connect to each other as a sexually productive force. Together with the other perceptions of the environment, the project breaks down stigmatized perception within architecture, include non-traditional experiences such as pain and pleasure and remove their negative connotation. 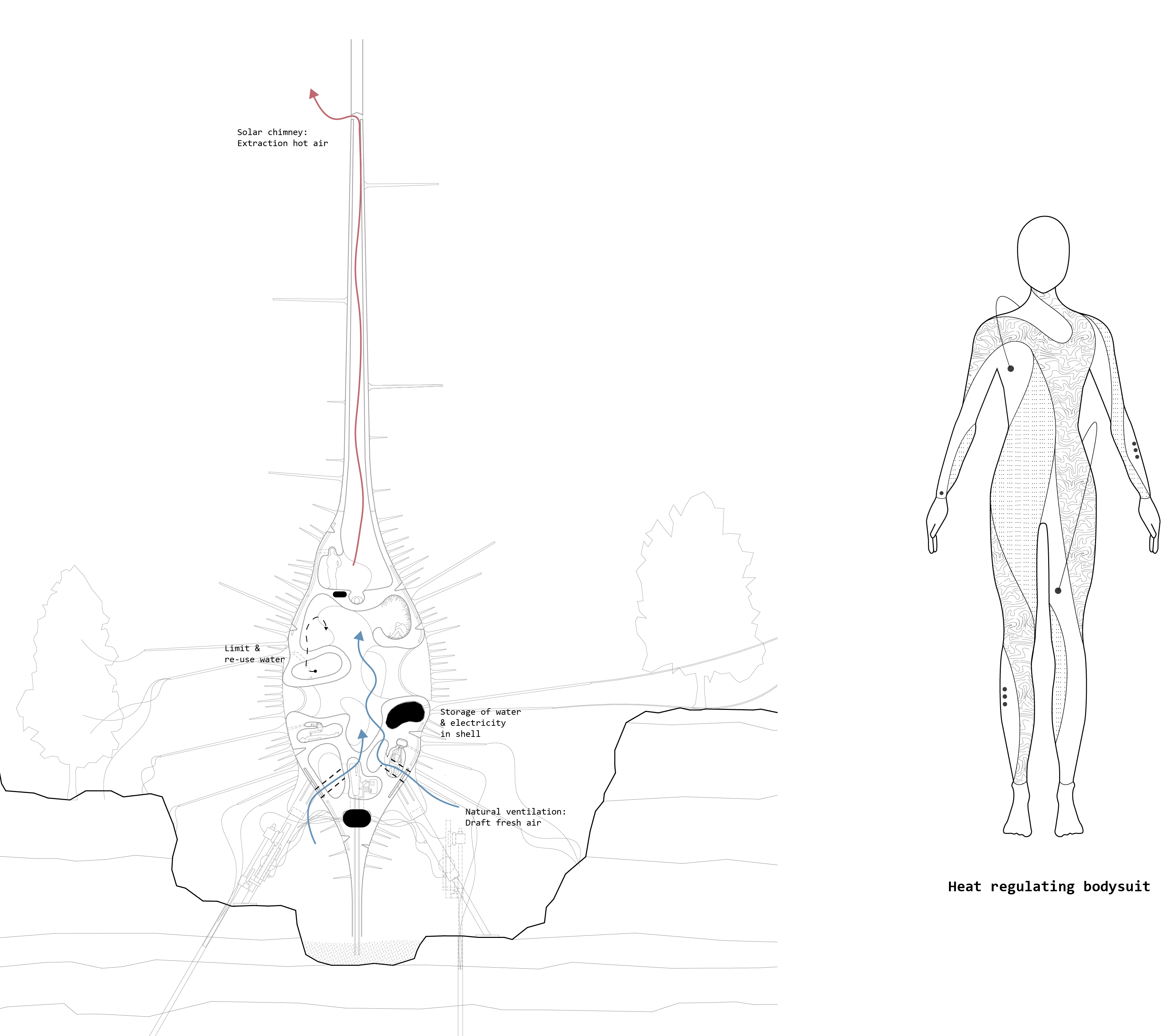 The project uses the concept of a solar chimney to generate natural ventilation. Drafts of fresh air enter from below and are being warmed up through the chimney to then be naturally extracted from the top.
The project makes use of a heat regulating body suit which adjusts the human temperature based on what the building senses. The tightness of the suit around the skin is based on humidity. The porosity of the fabric adjusts to what the building senses. This generates a relationship between the skin and the sensor. The bodysuit allows for a continuous structure without an imposed organization caused by climatization. Moreover, the shell does not have to be insulated, which allows for a continuous print of the composite material and the use of bended Plexiglas casted in the shell for the openings. 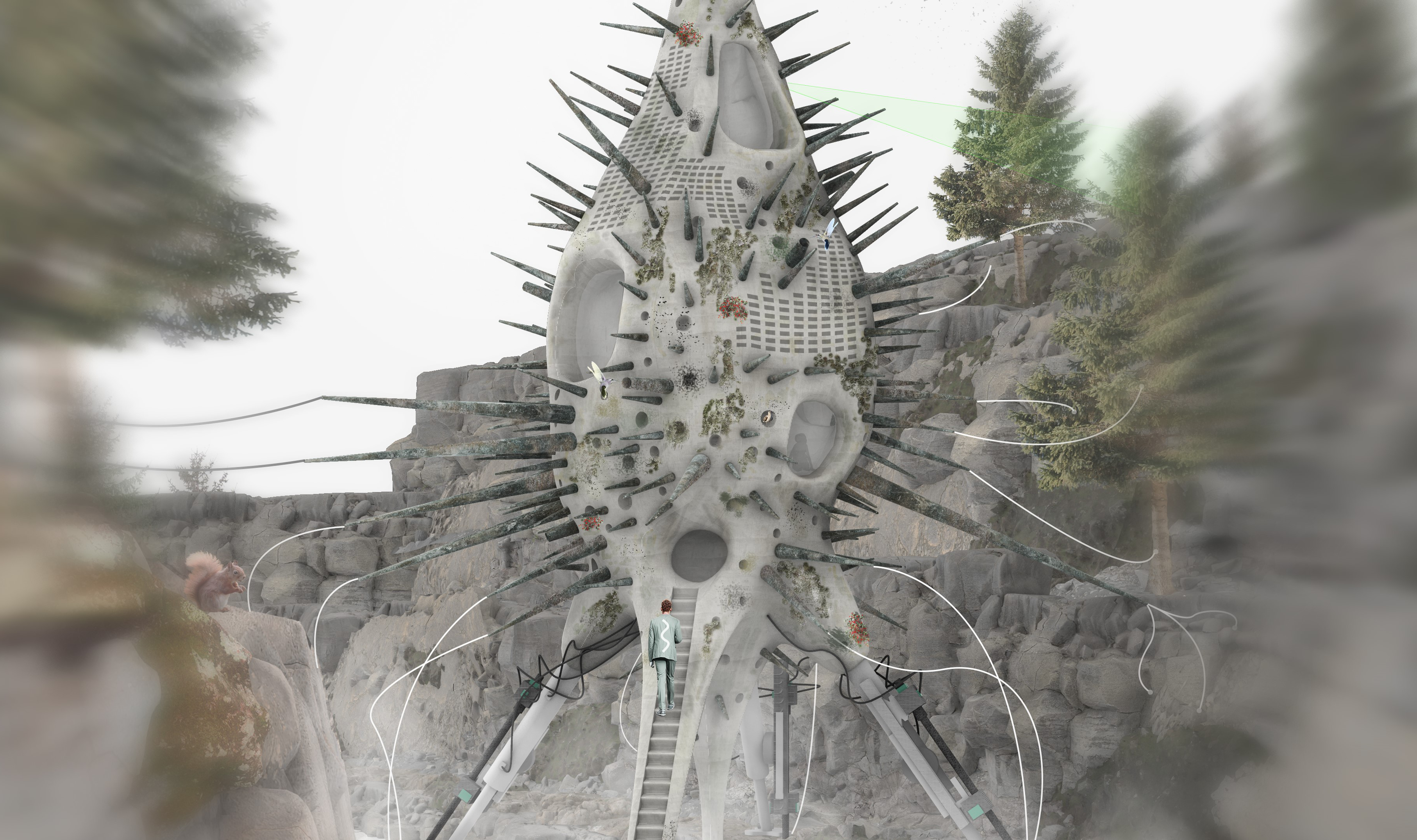 Figure 19 – Symbiosis between the project and the Critical Zone 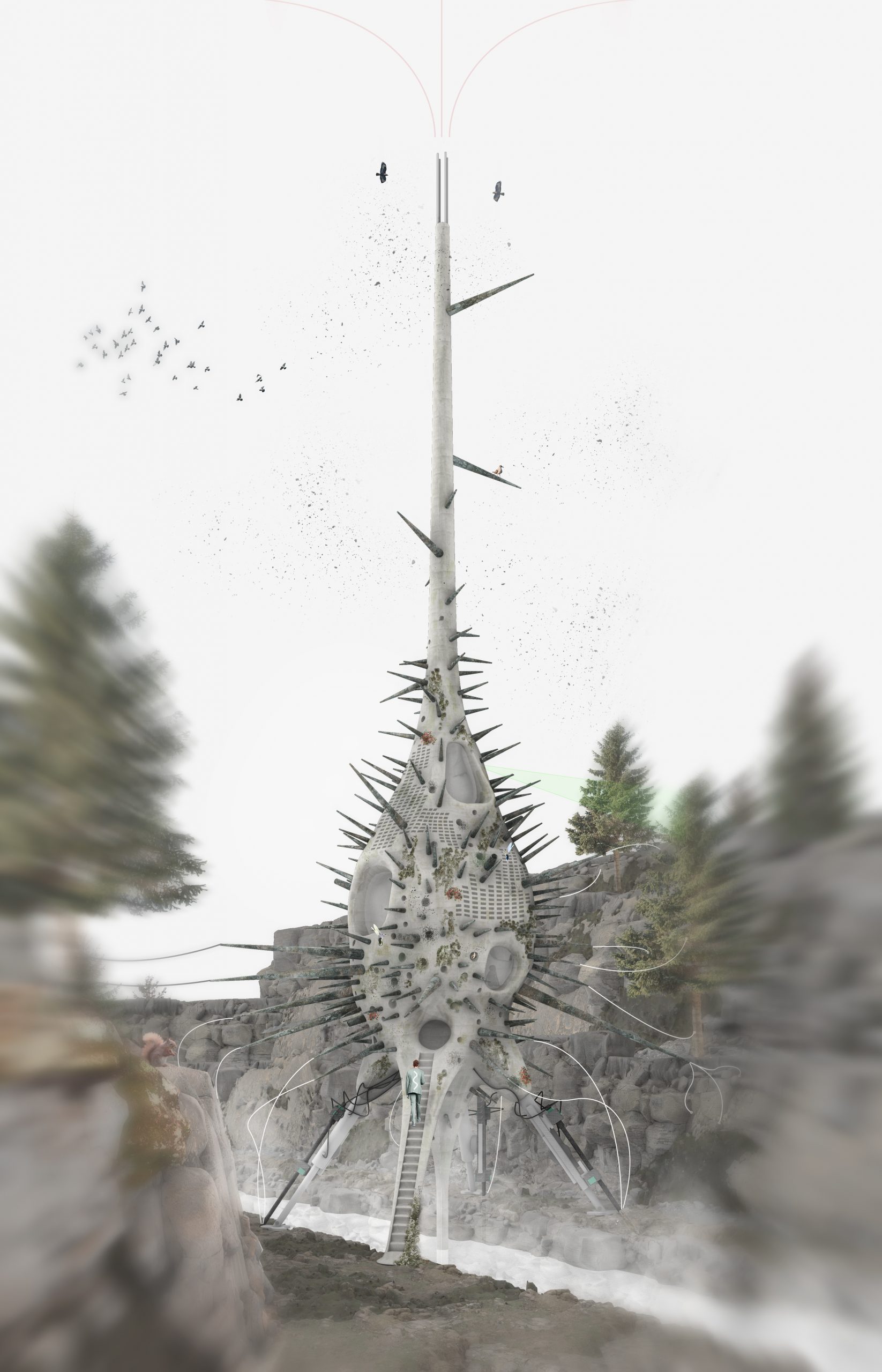 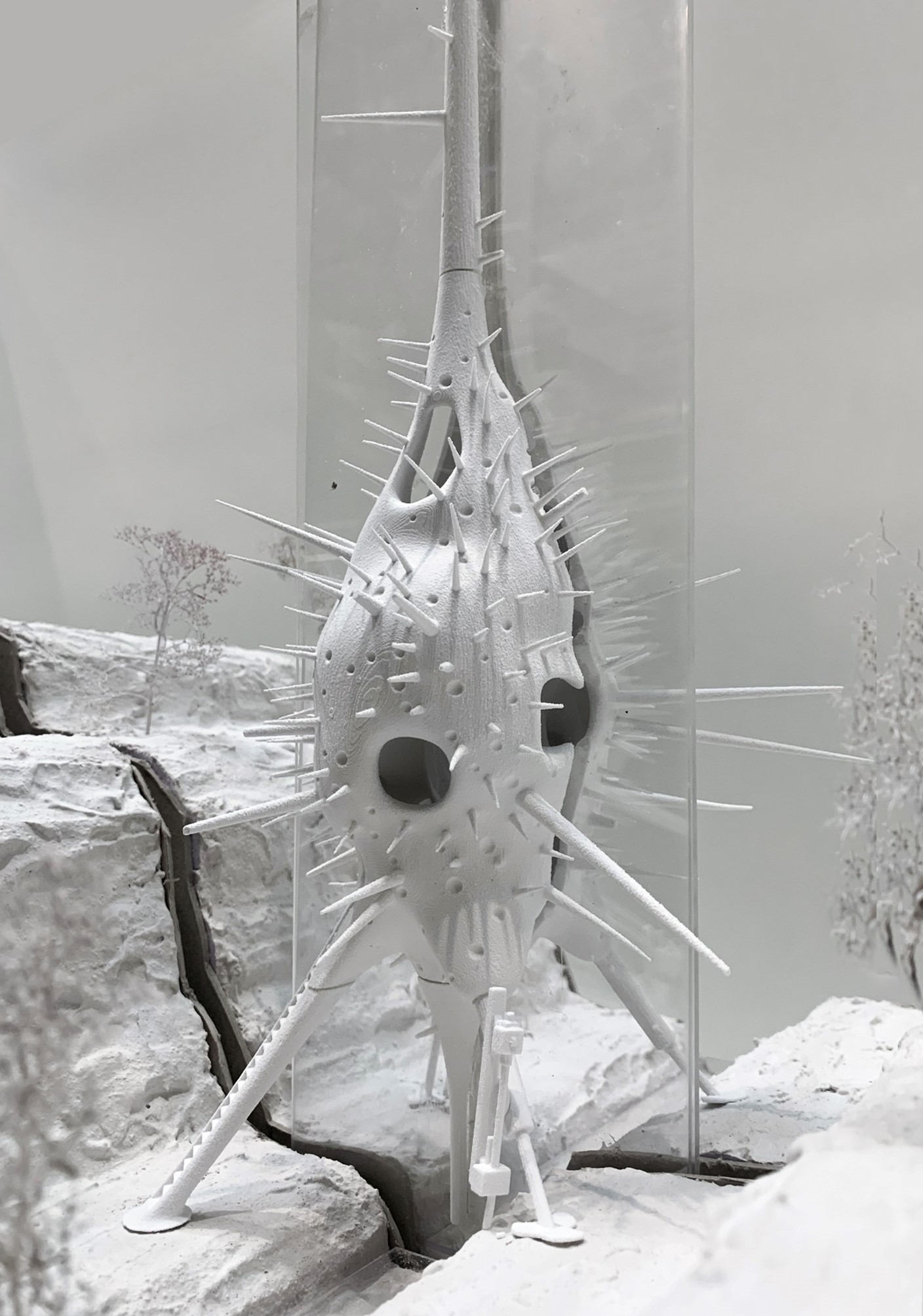