The contemporary analysis of London presented here, which aims to produce a map of a significant location based on a thematic interpretative reading of the complex body of the metropolis, began from an awareness of the inadequacy and limitations of any previous knowledge of the city and its form. The difficult task of finding a relevant point of entry into the city resulted in a navigational exploration that enabled me to analyse the partial, disorganised and limited set of information I had already gathered from the most diverse sources, among them high school books, novels, magazines and movies. Despite their apparent superficiality, these materials began to delineate an elaborate representation of London, gradually becoming a proper compendium, a fragmentary yet reliable point of view composed of different types of media. 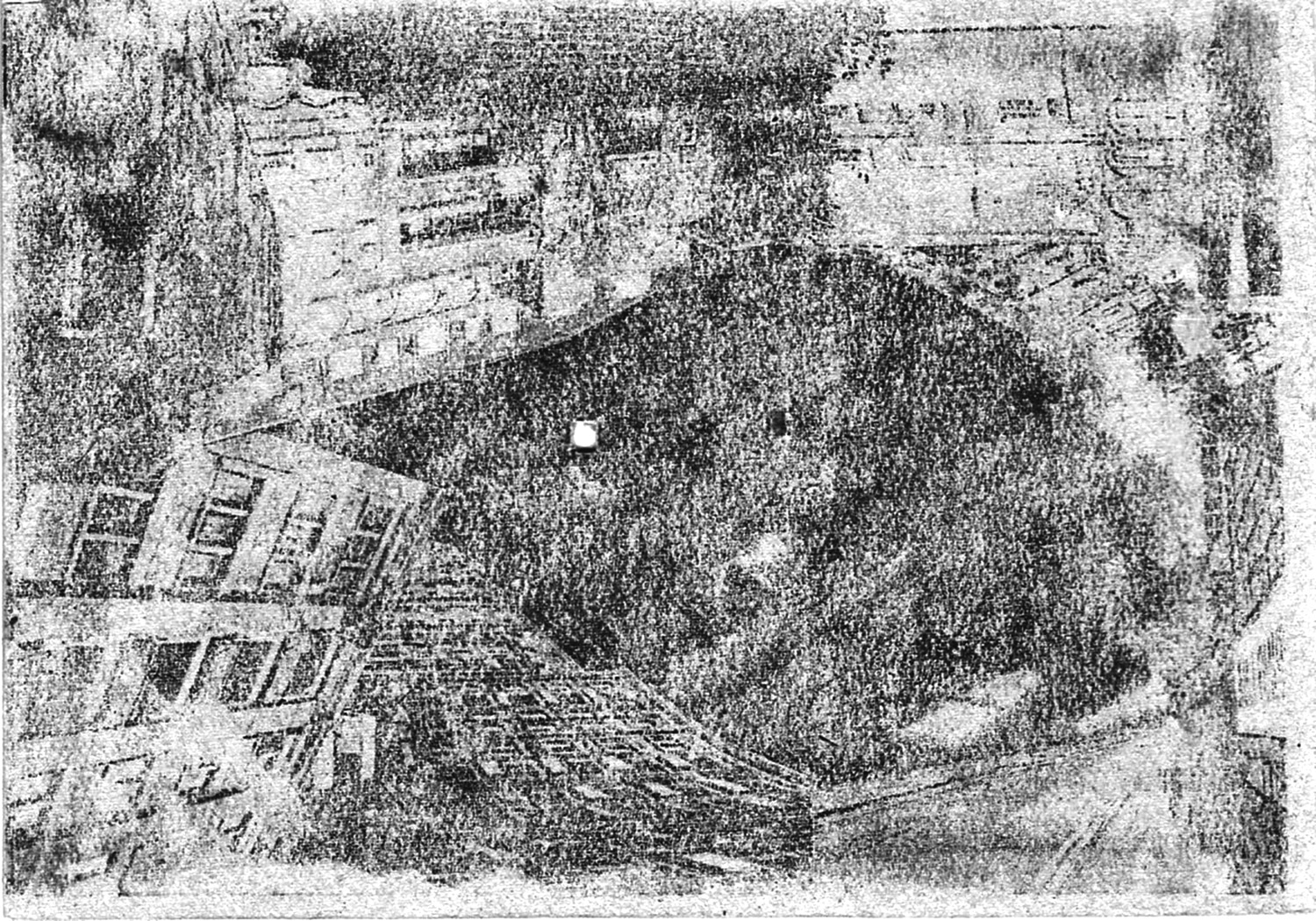 SPACES AND VOIDS (photocopies transferred onto grey cardboard).
As in the London map, the disappearance of an area reveals the inner logic of the complex structure of the city while opening up infinite possibilities for the recomposition of its fragments.

This heterogeneous collection of sources ranged from novels and short stories set in specific neighbourhoods of the city, to documentation about passenger traffic on the subway and railways, pictures of newly-built projects, visions for the future city of London, movies, maps of every kind and argument, pictures, unrealised urban plans for the city, myths and stories, statistical charts on population, unemployment, birth rate and crime, maps illustrating the countries of origin of the immigrant populations in the city, and drawings, diagrams, restaurant flyers, commercials, graffiti, poems etc. Everything was held in an undefined fragmentary state of confusion without being formalised into proper research. Nevertheless, this set of fragments both represented and constituted a synthetic abstract image of the real London, a mythical depositary of the city’s origins, where the reasons for its form and aspirations could be understood and recomposed into a representation of my expectations, in the form of an analogue image of the city itself.

The state of ignorance and vague indifference that accompanied my wanderings in the city gave me the opportunity to approach each newly-discovered space or neighbourhood with a greater degree of curiosity, noticing more distinctly every variation there was from the image of the city I had already created in my imagination, or from every story I had previously been told or had read. Indeed the information, texts, images, maps and stories I had gathered in a different time and place became themselves something like a representation of the metropolis: a precise set of spaces, relationships, sequences and fragments, which together created the mental construction of a subjective city form, an interpretative and revealing narration running parallel to the sequence of real places opening up before me. This composition of information and images was now confronted by the real structure of the city, creating a shift between its pragmatic form and abstract representation, a dialectic confrontation between present and past, visible and invisible, history and the future, myth and form, expectations and reality: two cities acknowledged in their parallel unfolding, in their accidental overlapping and sometimes in their coincidence.

Next: The East London Railway Line >