Home > Introduction > Structure of a Reading

STRUCTURE OF A READING

This analysis of the areas connected to the East London Line has been based on a clear set of rules: being there every day, being there multiple times, being there alone, travelling from one station to the other by rail and exploring each station’s surroundings on foot. The repetitiveness of my visits, plus the concept of pace and rhythm introduced by the railway structure, featured time as a fundamental characteristic and component of the general interpretative reading of the city: it was present in the urban systems observed – each constituted by a railway station in relation to its neighbourhood – and in the stratification of the resulting map structure. My representation of the areas shifted from an initial photographic survey to a textual description.

Being there every day.
Being there multiple times.
Being there alone.
Travelling from one station to the other by rail.
Exploring each station’s surroundings on foot.

The interpretation of the places visited as compositions of repeated elements, part of both the physical form of the city and its invisible patterns of an epic nature, led to the compilation of several sequences of words (nouns, adjectives, verbs, etc.) describing, and at the same time ordering, the fragmented perception of this composition. This descriptive method allowed more precision and, concurrently, extreme vagueness in the choice of the words, which sometimes referred to purely subjective impressions and at other times aimed to define a concept by seeking the most general idea at the source of a specific perceived form. Naming reality contributed to the composition of a structure of sequences that in some way reproduced the pace and rhythm of the exploration of the city itself. 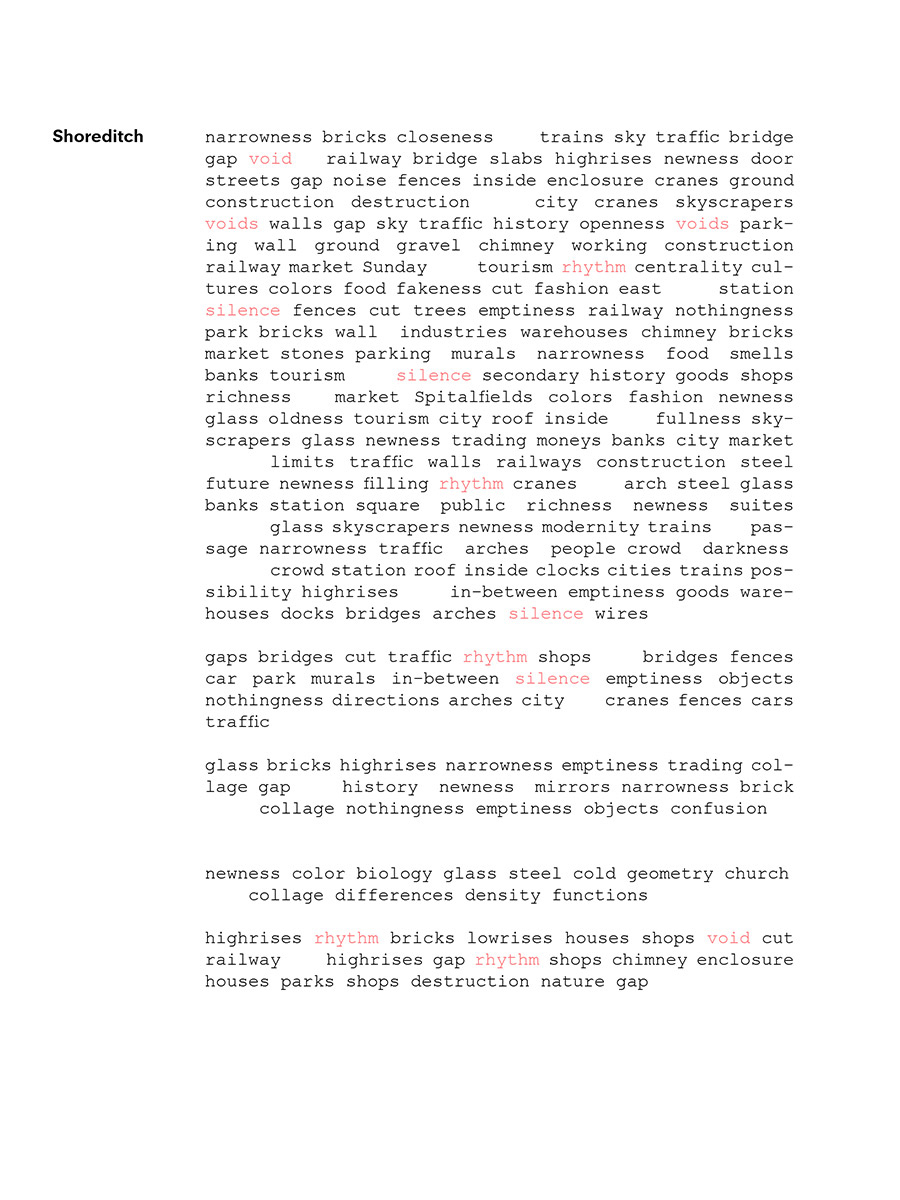 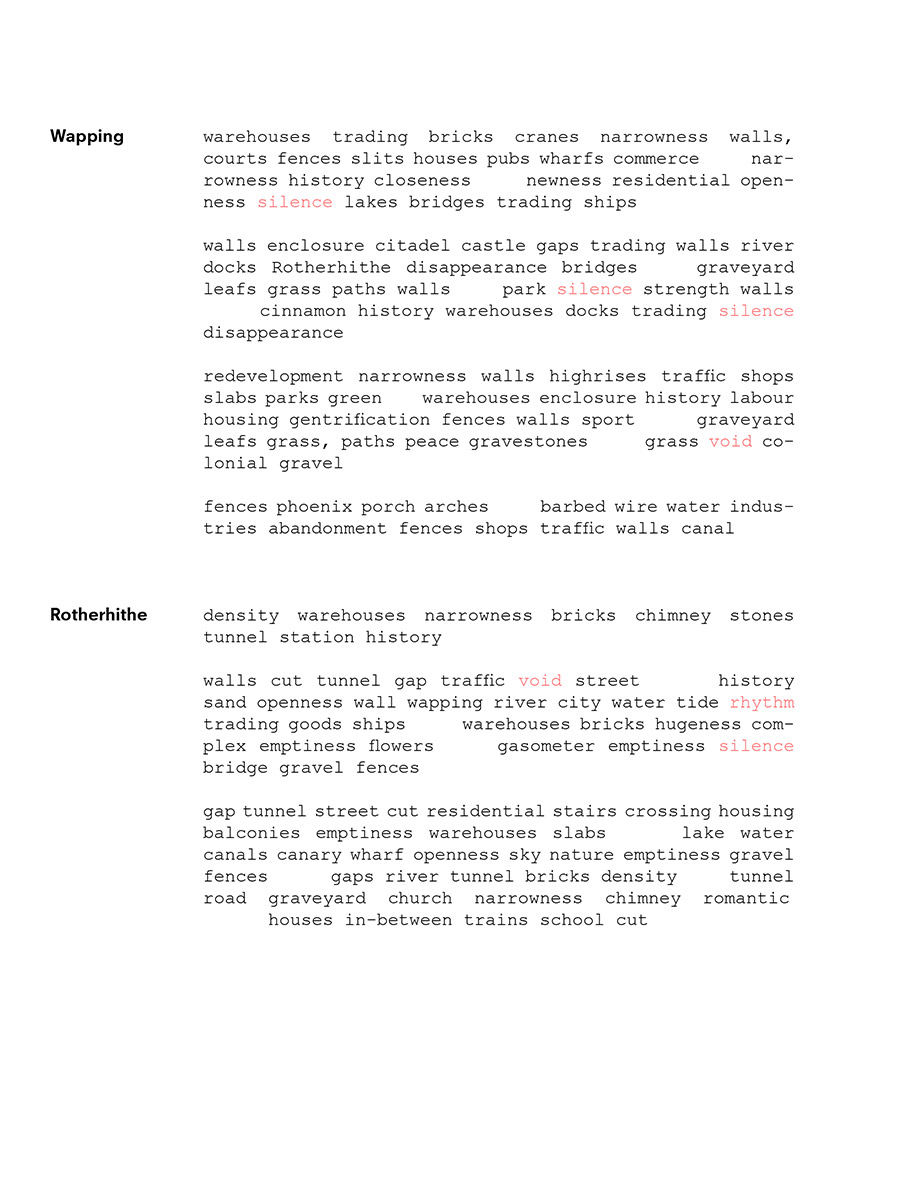 However, the most interesting part of the entire process was my occasional encounter with undefined and indefinable elements, unrepresentative fragments, gaps and voids of sense in the grammar of the city. As in the case of the Great Fire of London map and its representation of an absence, these voids were the only elements of the structure free of any previous definition and unable to be defined as spaces or objects; they were places with no memory, in a state of unformulated spatial and formal relations, capable of telling something different about their surroundings. Places where the threads of memory, imagination and reality could still be picked up and woven into new formal narratives.