In order to create a spatial interpretation of the mappings, 2.5 and 3D models were developed to represent each mapping. Initially the models were created independent of each other and remained distanced from architectural objects. The spatial models were then combined sequentially in order for each model to have a distinct role in the new iteration (i.e. a+b=ab model 1, ab+c = abc model 2).

The first combined model took the shadow of the side of model 1 as a formal sequence of spaces and combined it with the folding technique of model 2 (fig. 13). A differentiation of materials is maintained in order to create a distinction between the two individual models that make up the combined model. The paper model has been folded in half and rotated to intersect with one another. Within the paper model, the shadow of the labyrinth’s model re-appears as the grey cardboard. 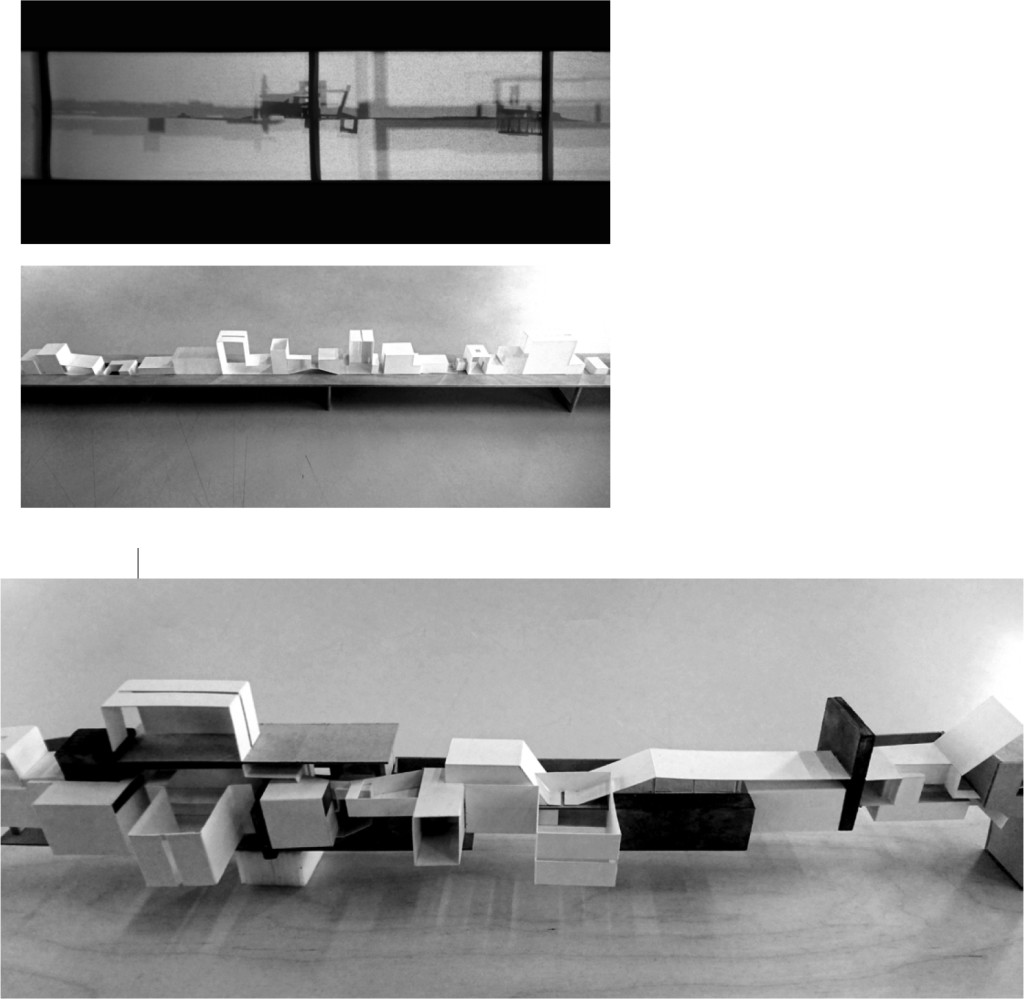 The second combined model starts to incorporate the child’s landscape, but focuses only on a small fragment. The folded paper is maintained and introduces new materials such as clay and concrete that are representations of the grey cardboard (fig. 14). However, this model proved to be slightly less successful as the clarity of the object is reduced by the landscape. In the first combined model, the landscape remained as a steady line in which the object moved above and below the ground plane, but in the second model, both the object and the landscape are equally moving vertically, meaning that the object becomes almost lost within the folds of the landscape.