Home > Introduction > A Point of Departure

A POINT OF DEPARTURE

To observe a city from above is fundamentally an illusion in understanding the dynamics of a city as a whole. The aerial view offers a tangible record of the city’s history, showing traces and scars of its past, however lacks a narrative of the city’s behaviours, movements and spatial conditions.‘It is the invitation to enter the inhabited space with our body in order to seek out the traces left by new lifestyles; to see more by seeing small’.[1] 1 - Stefano Boeri, ‘Eclectic Atlases’, Daidalos, no. 69/70 (1998/99), p. 105.As Stefano Boeri argues in his ‘Eclectic Atlases’, the act of inhabiting a physical space offers a greater experiential understanding of the environment, and these observations can allow conclusions of larger scale behaviours to be drawn. My research argues in favour of Boeri’s positioning, and proposes an investigation into a specific site, Chimopar, in order to gain a more intense understanding of Bucharest over a broader reading of the city as a whole.
Border conditions and edges often offer these particular and specific areas of investigation. My search started at the edge of the city, where I became interested in the historical shifts in Bucharest’s administrative borders. 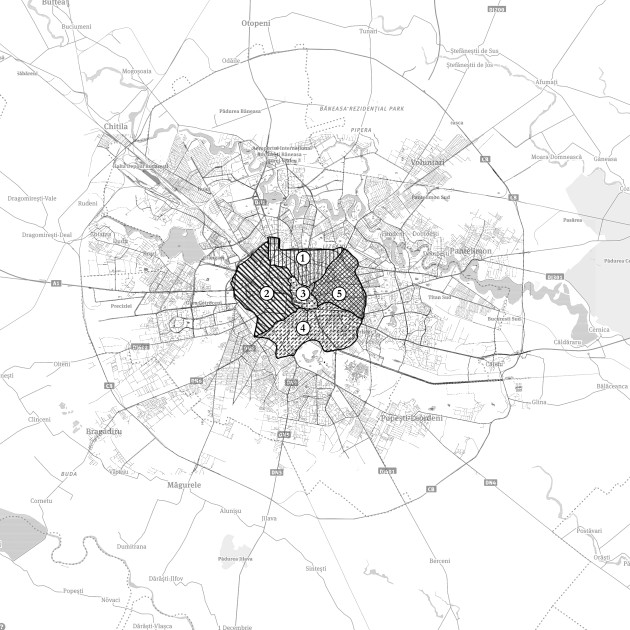 Fig 1. Map of Bucharest 1871 by Major D. Papasoglu layered over existing aerial map of Bucharest – This shows the five plăși in a concentrated area. The central red plăși was the commercial and financial hub of the city.
In 1798 Bucharest was divided into 5 plăşi (territorial division units of Romania), as shown in fig. 1. Following the onset of the Communist regime, the plăşi were abolished and replaced with 8 raions (administrative units of Soviet states). In 1968, under the dictatorship of Nicolae Ceauşescu, the raions became sectors after which the 8 (fig. 2) were merged into the present 6 sectors (fig. 3).[2] 2 - Adrian Majura, ‘Legea capitalei: Administrație și buget.’ 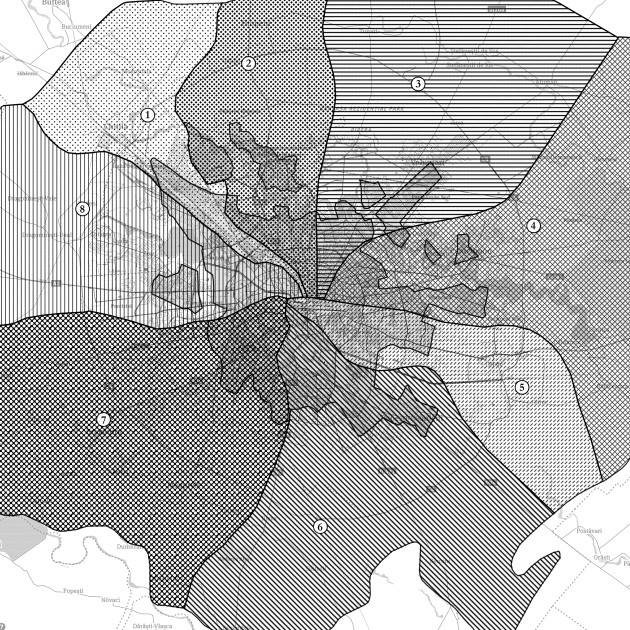 Fig 2. Map of Bucharest’s Administrative Sectors taken from the corner of the Adminis­trative Map of the Socialist Republic of Romania 1966, author unknown – This shows the radical shifts in scale and ex­pansion under the dictatorship of Nicolae Ceauşescu. The 5 plăşi are re-ordered to form 8 raions. 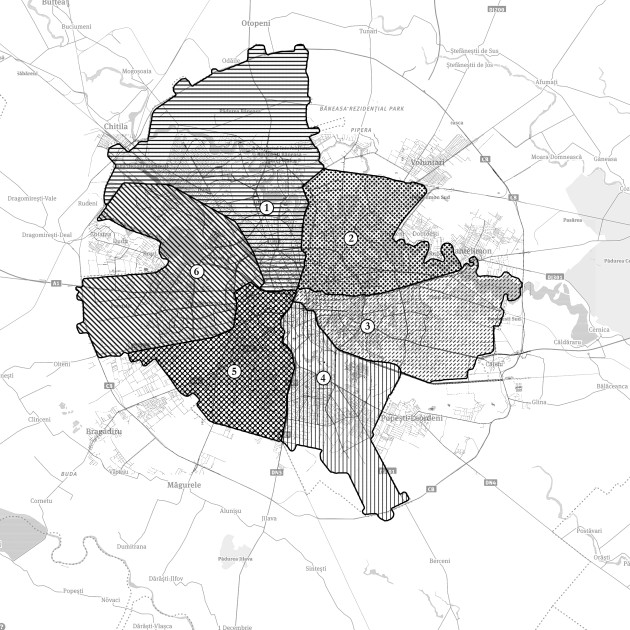 Fig 3. Google Map of Bucharest, 2016, with the current delineations of the sectors. The 8 raions merge to form 6 sectors.

By layering maps that reflect shifts in power and administration, an overlap of these borders begins to emerge (fig. 4). These zones of change start to pose questions of ownership, inhabitancy, and maintenance. Do these spaces remain within the control of a specific authority, or do they pose potentials for conflict? Where the notion of control is uncertain, do these spaces become forgotten, empty, unkempt, desolate?

Terms such as ‘wasteland’, ‘void’ and ‘dead zone’ are often generated from distant observations through maps, photographs and aerial images, providing an unreliable impression of how these spaces are really used. In ‘The Dead Zone and the Architecture of Transgression’, Gil Doron challenges the mis-labelling of spaces such as disused train yards, industrial sites and abandoned neighbourhoods. Rather than condemning these spaces to remain forgotten, Doron reveals them as rich grounds for potential and inhabitation. The occupants of these spaces begin to ‘transgress spatial constraints and produce different environments’,[3] 3 - Gil M. Doron, ‘The Dead Zone and the Architecture of Transgression’, City, vol.4, no. 2 (2000), p.252.  more radically than the formal users would. 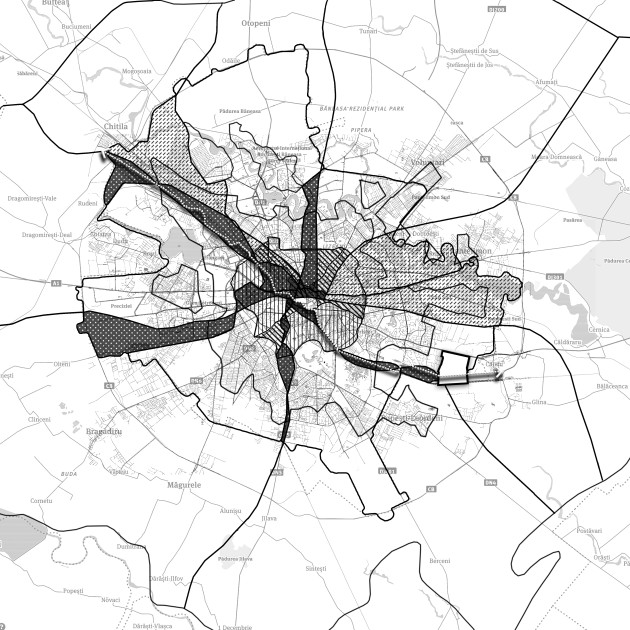 Fig 4. Google Map with layering of shifts in Bucharest’s Administrative borders. Areas of overlap begin to emerge. These are considered as ‘uncertain’ zones that offer the potential of transgressive behaviour.

The abandoned chemical factory Chimopar lies on the edge of Bucharest and falls within the areas highlighted in the layered map. As such it will become the focus of investigation, and allow a closer examination of its spatial qualities and activities. The basis of this research is therefore predominantly founded on the observations, personal experiences and encounters from this site. This investigation will also explore the direct relation between theory and design, and in particular the development of research through design by a series of mappings.

Next: The Agency of Urban Decay >