The following Modi Operandi exercise is a series of speculative design experiments based on the previously developed thematics. The exercises serve as a transition between the research phase and the design phase of the project. The intention of these experiments is to intuitively translate the developed thematics into an architectural construct and position, freed from traditional program, site and function. These experiments are conceived of as a formal and material exercise that deal with the themes of grounding, assemblage and atmosphere. 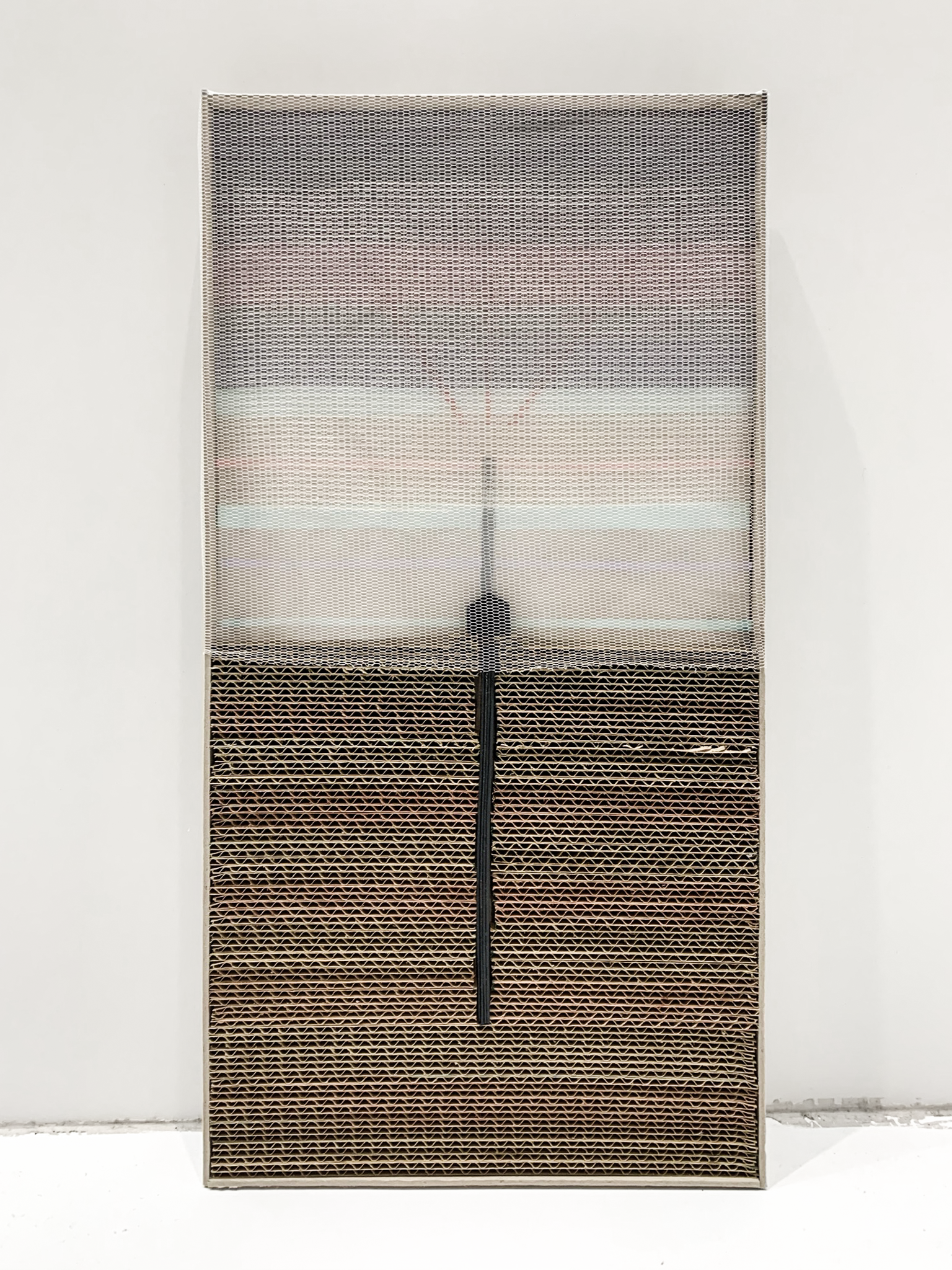 The first 2.5D Modi Operandi workshop uses the conceptualization of the Seismometer as a grounding exercise. Through the model, sensing and sending is understood as an inverse of each other. The seismometer senses seismic activity in the ground and cuts through the earth in the front plane. The architectural manifestation forms an interface on the datum. From here, the sensed data is sent into the atmosphere through an antenna which cuts back through the baseplate. Earth and atmosphere are modeled as a continuous layered surface of activity with the datum in the middle to show their equality. 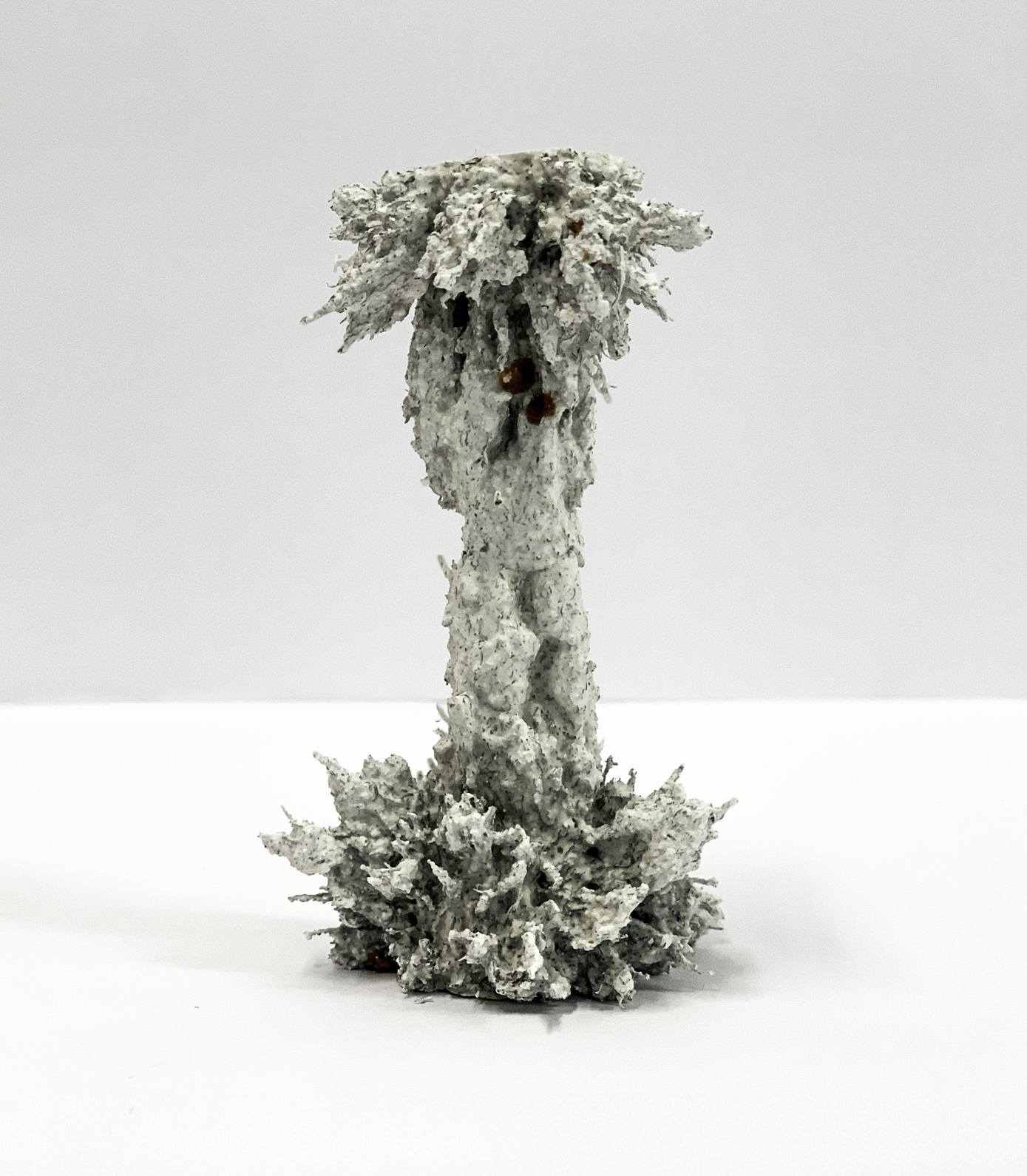 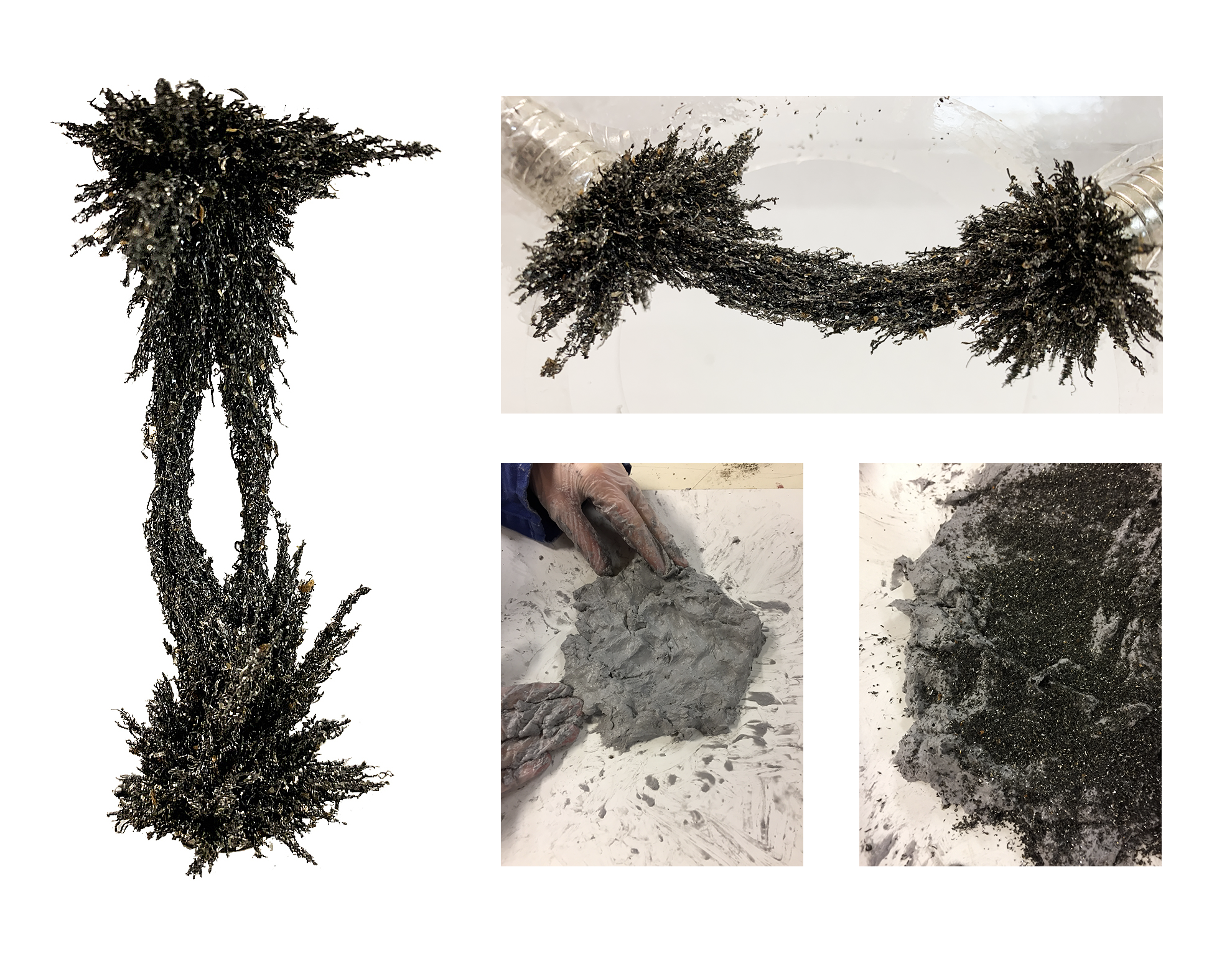 The second Modi Operandi workshop started with the question if there’s a material that can be shaped by magnetic forces – by the Hyperobject. This resulted in experiments with Iron fibers and magnets. The magnets generate a magnetic field where the iron fibers are arranged according to natural forces. The result forms an assemblage between the material and the magnetic field, and within the iron fibers themselves. This results in a distinct magnetic morphology and production technique. In order to solidify the material and freeze the forces several tests have been made with clay, gypsum and fiber mixtures.

The final Modi Operandi workshop starts with the idea of sensing and sending as being very closely related to each other. This idea has been pushed to the max in the form of an idiosyncratic sensing & sending device. Here, the architecture serves as an infrastructure for the suspension of the technical devices and wires. The projected shadow generates the resemblance of an insect with its sensors and antennas. Finally, an atmospheric montage has been made of what it could be like to be within the device. Here, buzzing and humming sounds come together with distortion and amplification effects which generate the idea of a signal jammer.

Next: The Critical Zone >