As a result of the above-presented analysis the main counter-quality emerging from this posthuman scenario is a complete redefinition of our role in respect to the tension between nature and artifacts.

When the built environment gets reduced to its carcasses; pure, raw, materiality emerges as the main quality observable in a landscape scattered by leftovers. A territorialization of decadence.

As discussed before in the theory section, this gives rise to local practices of improvisation and manipulation of that decaying source of building material, touching, manipulating, and scavenging what is left from the failure of such a grand project. These operations are part of a transgressive direction that is engaging with the residual physicality of failure.

This ‘survival’ logic is the opportunity in these places to build solidarity, community, and to develop a spatial agency from simple and humble needs, a roof, a window in good condition found casually, a small platform to be built together. Accepting failure, therefore, and accepting the possibility of proposing an imperfect and not-so-great vision for our future, means accepting also a re-definition of our agency as architects. It means, above all, the voluntary exclusion from a pretentious super-hero mentality, the architect as a genius endowed with great powers, capable of solving our problems.

Rather, this project’s intentions shift towards a position of the architect as a facilitator of those community-based processes involving the re-use of material that are already part of local culture. A different gaze that acknowledges quality in the autonomous initiative of building objects and spaces, and does not impose, for the nth time, a definitive idea of space.

For this reason, the project was developed at an infrastructural level. This consists in the proposition of a ‘support’ rather than a solution, for the inhabitants of this territory to have the tools to start taking care of their surroundings, building what they actually need to build, participate in the process of re-manipulating the waste products of a devastated landscape.

Here, the role of the architect becomes the one of a figure capable of having methodological impact on the process of building together, a contributor, bringing its expertise to a collective endeavor.

This amounted finally to a project that is the catalytic preparation of a process of self-rehabilitation of the territory, of which the final result is ambiguous and undefined in the designer’s hand. It only provides the tools to move towards a suggested trajectory of rehabilitation.

This gives the project the property of being a clinical operation. Much like a first aid kit, the set of proposed infrastructures act on a generic level and have a retrospective purpose, meaningful only in relation to a damaged situation, in taking care of a negative outcome. The infrastructural support given by a first aid kit is, in this sense, a paradoxical anarchy: potential and undefined in its purpose, whilst technically organized and precisely arranged.

Ready [defined] for whatever [undefined].

This action of withdrawing final resolution and establishing teleological indetermination gives to this project the quality of moving into a metastable configuration. For this reason, the pushing of the vanishing point out of the hands of the designer makes this work an exercise of method and process, rather than goals and visions. The fact that the use of the project itself is functional at building and rehabilitating it further, the project has a regenerative momentum, providing spaces and places where this can be planned and executed by the community. A direction in which the production of normative support is aimed at facilitating uncertainty and improvisation, igniting the creation of progressively more complex solutions. 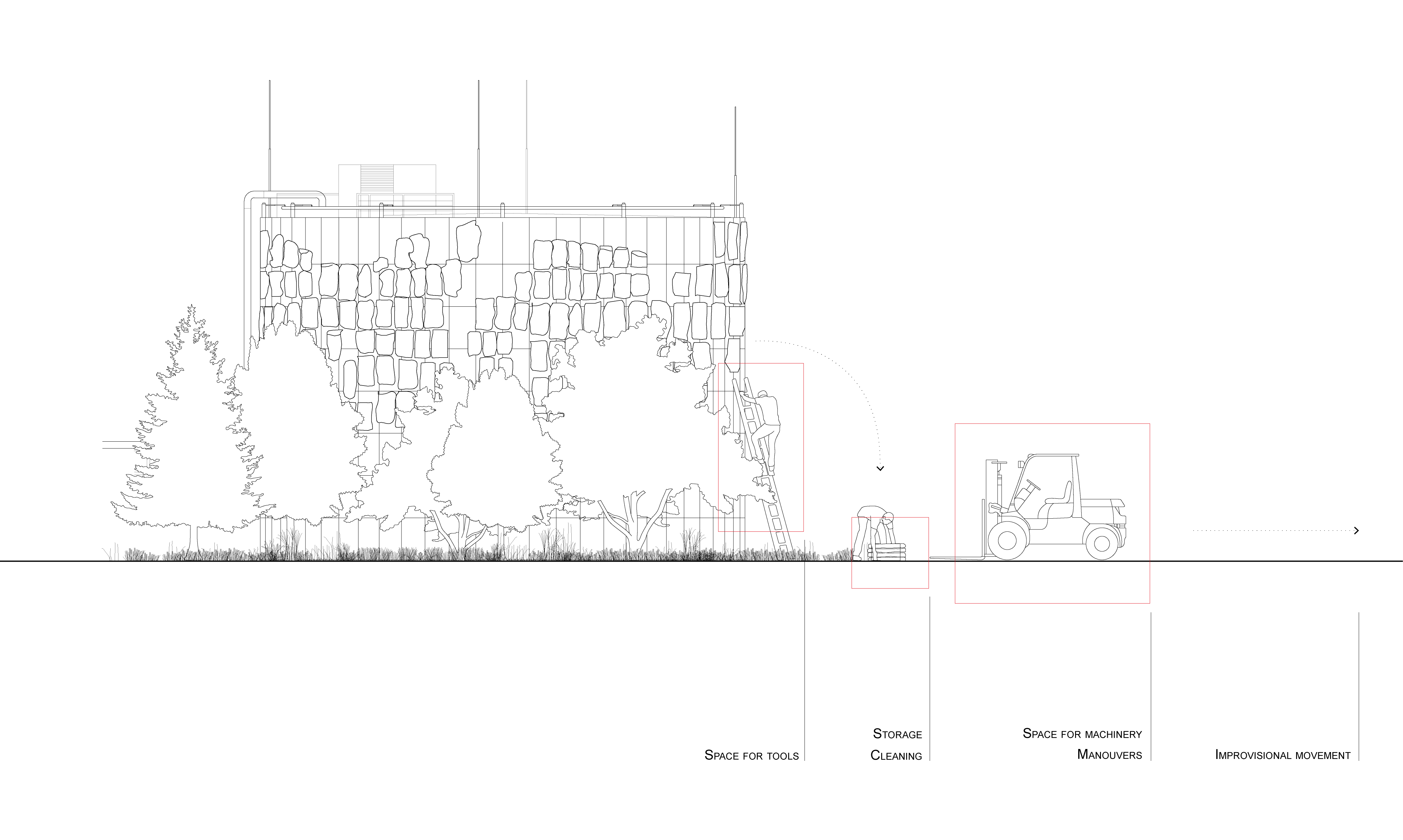 Material decay and bodily interaction with the former water tank as a source of building material.
This diagram focuses on the infrastructural operations that support the re-purposing and taking care of derelicts along the site area. 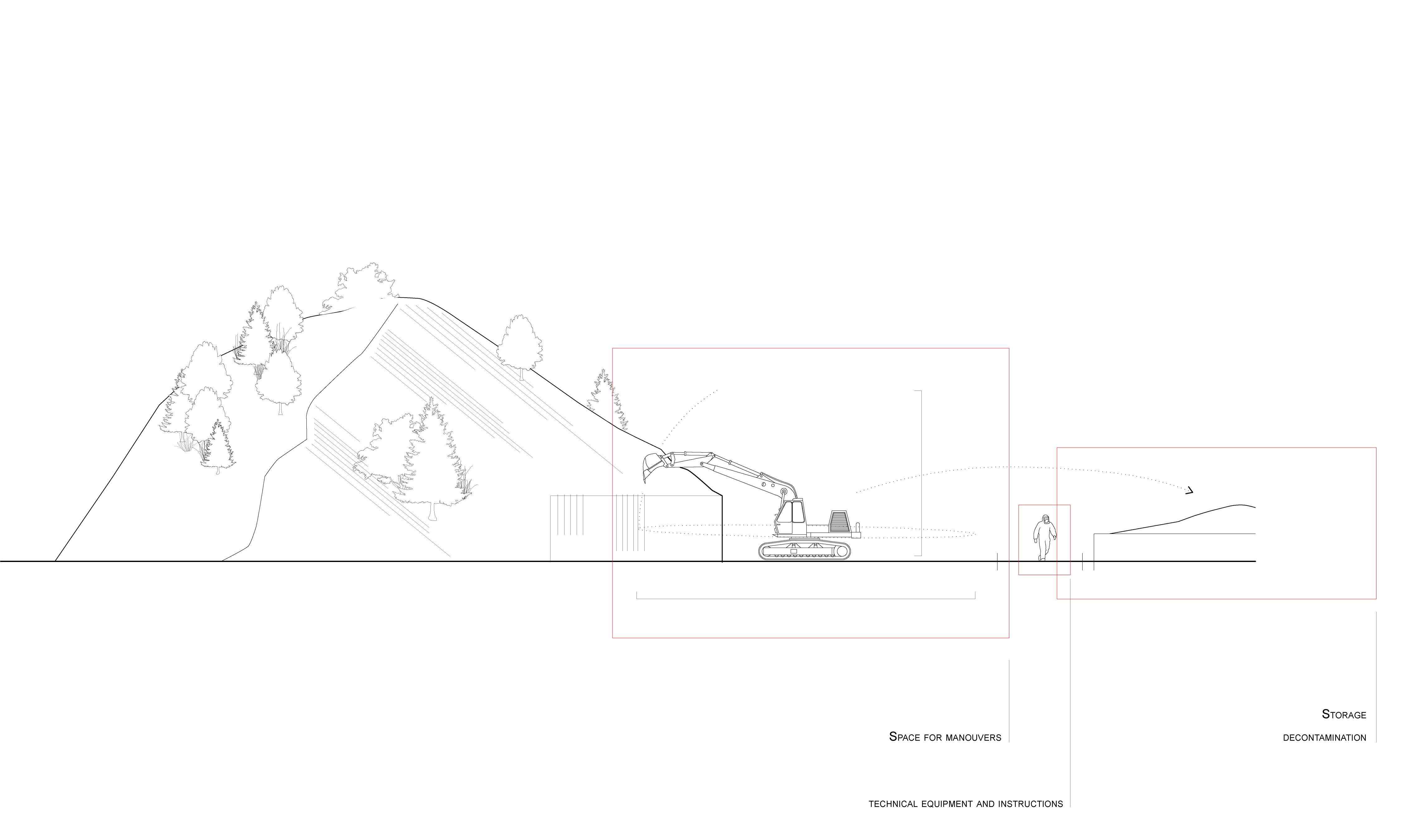 Material decay and bodily interaction with waste heap as a source of building material.
This diagram focuses on the infrastructural operations that support the re-purposing and taking care of derelicts along the site area.

Diagram of a first aid kit.
Uncertain in its purpose but technically arranged in its configuration. 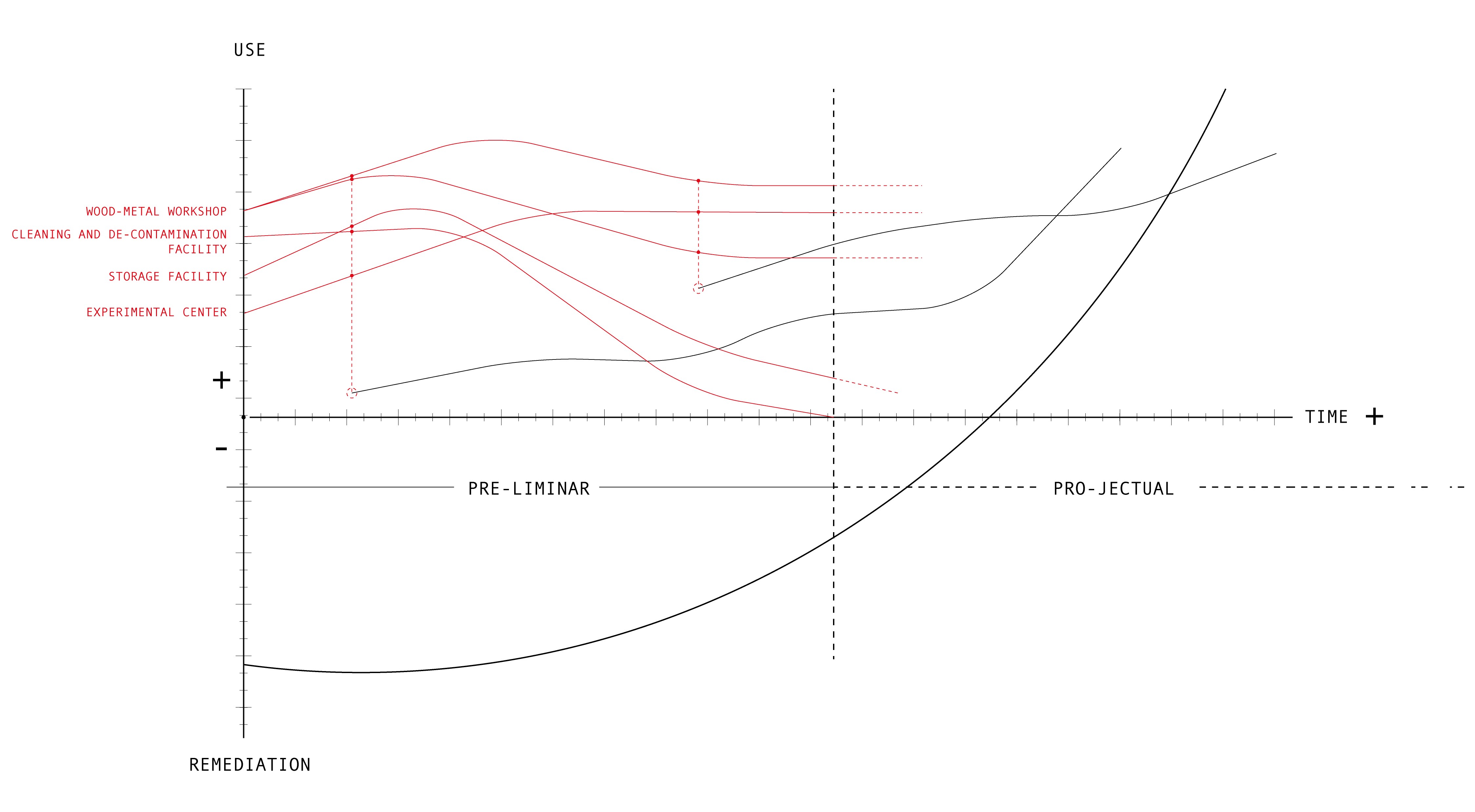 Diagram of the metastable development of the design.
The red lines represent the use in time of the proposed infrastructure. Its use generates other buildings and spaces, that are, effectively, the (unknown) end-product of the design achieved merely through the provision of ‘spatial tools’.

By using the functions provided by infrastructural elements, locals can build other objects, places, and cities that develop further in time, until the initial ‘tools’ that this project endowed them with, are no longer useful.

The loop of construction and deconstruction translating in the concept of metastability is here explained in the form of an analogy to the paradox of Achilles and the turtle by Zenon. The two, moving together, never touch each other, and the tension created by the constant pushing forward of a vanishing point, a final resolution (the turtle), ignites a metastable development, a never-ending process. An incompatibility of such system with its premises, the never arriving point of the desired perfection. 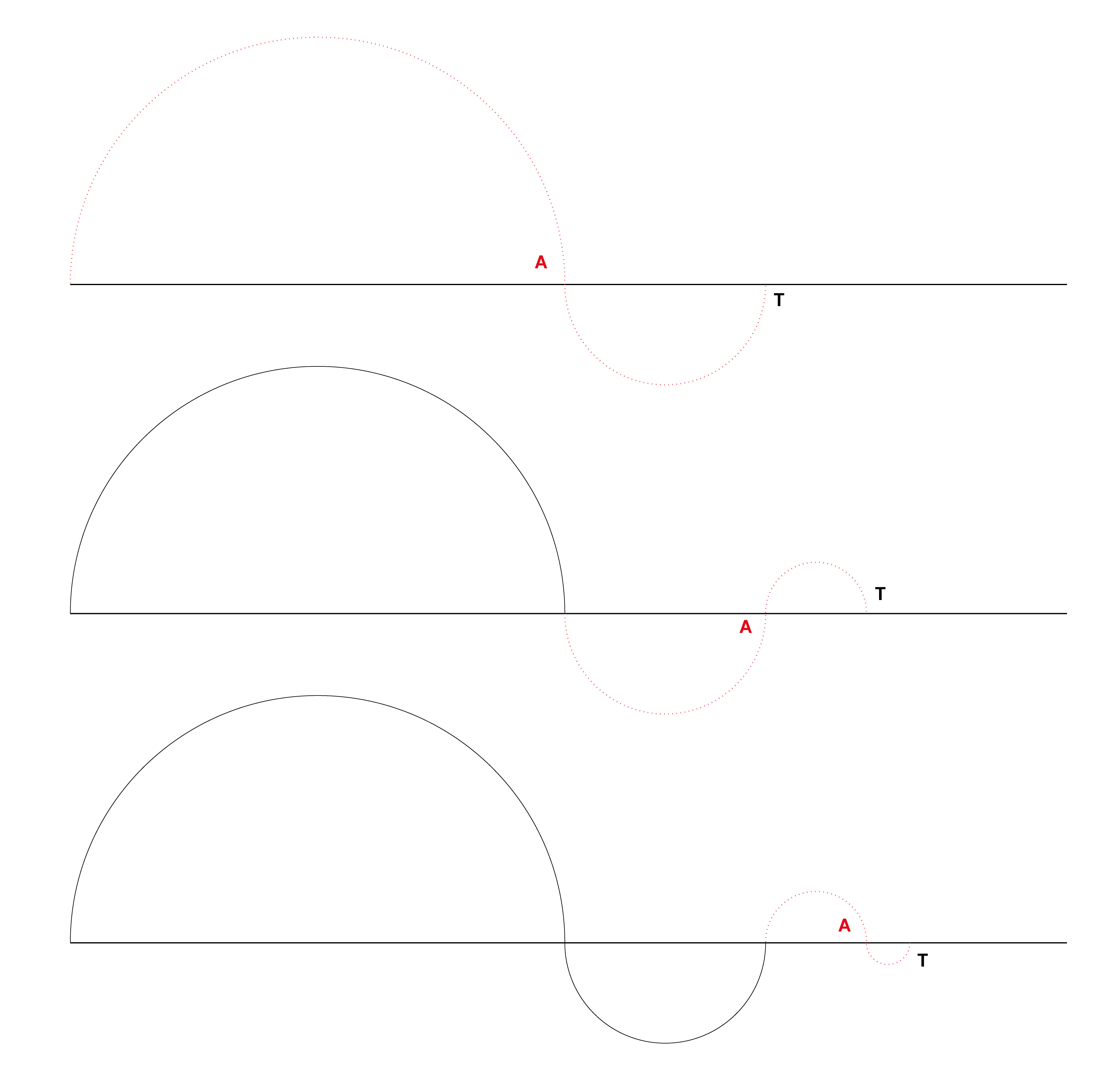 Diagram of the paradox of Achilles and the Turtle representing a regenerative process of metastable equilibrium.
Next: Premise and the formal analysis platform >