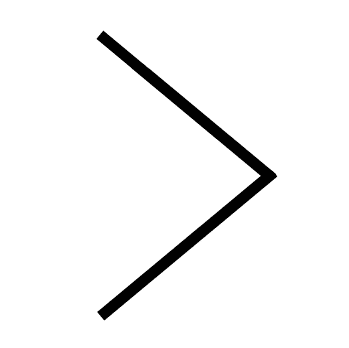 Go to Publicationread more >
Issue 04 of the Modi Operandi presents the design for a Critical Zone Sensor for the town of Almaty in Kazakhstan. The project deals with the territory as a sensing device and the architectural project as sensory extension of the human body. The Critical Zone is a thin layer of several hundred meters thick above and below the surface of our planet in which human activity has a significant impact on Earth’s geology and ecosystems. The project distributes the sensing devices used to research the Critical Zone and aims to integrate the multiple disciplines of Critical Zone Science such as geology, hydrology, and ecology to understand the Critical Zone as one heterogeneous and complex system. The chosen site is Almaty’s most Critical Zone, characterized by natural hazards such as earthquakes, landslides and mudflows. The project speculates on an intimate relationship between the human body and technology and sees the architectural project as a sensory extension of the human body. The sensed environment is perceived as an intimate bodily experience through hearing, pain, sexual pleasure, designer drugs, taste, etc. The project is made for the sensor and treats the human as a guest resulting in a continuous spatial complexity and an intimate habitation of squeezing, folding, and crawling.
Editor: Negar Sanaan Bensi, Project: Menno Brouwer, City: Almaty, Authors: Menno Brouwer, George Teyssot,
Territory and trans-gression
Modi Operandi 03

Go to Publicationread more >
Issue 03 of the Modi Operandi presents the design for a procedural rehabilitation structure for the town of Degtjarsk in Russia: An Architecture of/for failure. The point of departure for the project is the claim that the territories like Yekaterinburg and the mining town of Degtjarsk are the result of the failure inherent in the pro-gressive culture of modernity and the radical industrialization and exploitation. To act in such a context then requires an acceptance of the nihilism produced by that failure. Accepting finitude and our limitations are the trans-gressive movements -instead of pro-gressive- towards the territory that allows us to speak relationally of it. It allows us to value the meaning of imperfection, and performability. This operation of ‘revival of the dead’, gives rise to local practices of improvisation and manipulation of that decaying source of building material, touching, manipulating, and scavenging what is left from the failure of the past grand project. Hence, as a process of ‘taking care’, this project creates a trajectory by designing intermediate phases of a spatial rehabilitation and self-reliance. It suggests a clinical operation capable of providing all the tools for the local community to practice tactical urbanism and participatory design.
Editor: Negar Sanaan Bensi, Project: Pedro Daniel Pantaleone, City: Degtjarsk, Authors: Pedro Daniel Pantaleone, Patrick Healy, Oscar Rommens,
Spaces in play
Modi Operandi 02

Go to Publicationread more >
Issue 02 of the Modi Operandi presents the design for an Institute of Memory in Bucharest. The point of departure for the project is the claim that Bucharest is saturated with spaces in decay. These peripheral spaces are scattered throughout the urban landscape, inviting the inhabitants of the city to engage in a great variety of activities, including urban play. The Institute of Memory is intended to form a counter-gesture at the very heart of the city, i.e. next to Ceaucescu's House of the Republic, thus offering a moment of detached reconciliation with experiences of memory and loss.
Editor: Marc Schoonderbeek, Project: Reena Ardeshana, City: Bucharest, Authors: Martin Gledhill, Nasim Razavian, Reena Ardeshana,
Spaces, Poetics and Voids
Modi Operandi 01

Go to Publicationread more >
Issue 01 of the Modi Operandi presents the design for a prison complex in London. The point of departure for the project is the insight that London consist of a multiplicity of spatial configurations, caused by the continuous growth of the city as well as the fluctuating, though high pressures of the real-estate market. The prison is conceived as a closed and sombrely confined space made possible by sequential structural elements that offer a measure of transparency vice-à-vis the city.
Editor: Marc Schoonderbeek, Project: Simone Pizzagalli, City: London, Authors: Simone Pizzagalli, Nicoló Privileggio, Marc Schoonderbeek,
TU Delft / Faculty of Architecture