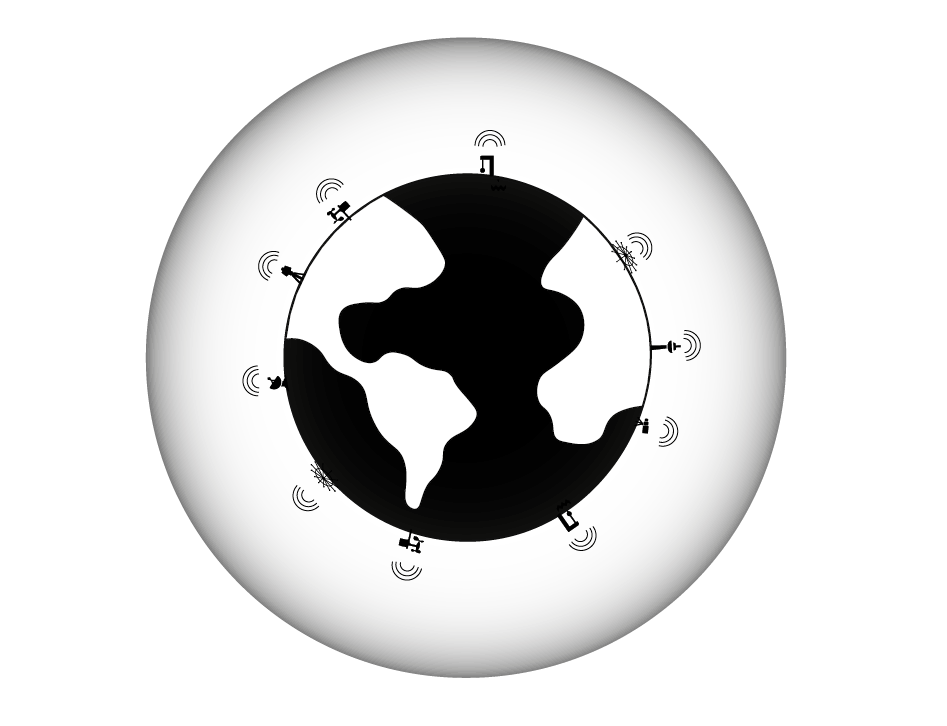 As previously speculated in the idea of the territory as a sensing device, our territory and Earth is wrapped in sensing devices. We use planetary scale sensing to measure the world, index the world, map the world, sense the world and detect (climate)change. This change happens in the Critical Zone. Here, the large-scale processes and Hyperobjects that occur at Earth Magnitude have a significant impact on Earth’s geology and ecosystems. This generates the program of the project; A Critical Zone Sensor.

Figure 9 – Arenes, A. 2022, The Critical Zone as a thin layer of the Earth Critical Zone: integration of environmental disciplines

As theorized by Bruno Latour, the Critical Zone is a thin layer of several hundred meters thick above and below the surface of our planet in which human activity has a significant impact on earth’s geology and ecosystems.[1] 1 - Latour, B., & Weibel, P. Critical Zones: The Science and Politics of Landing on Earth (Illustrated editie).The MIT Press, 2020. The Critical Zone is the “heterogeneous, near-surface environment in which complex interactions involving rock, soil, water, air and living organisms regulate the natural habitat and determine the availability of life-sustaining resources.”[2] 2 - National Research Council. Basic Research Opportunities in Earth Science.The National Academies press, 2001 The Critical Zone is studied at Critical Zone observatories. Here, Critical Zone science aims to integrate multiple environmental disciplines such as geology, hydrology, geochemistry and ecology to understand the Critical Zone as one heterogeneous and complex system. 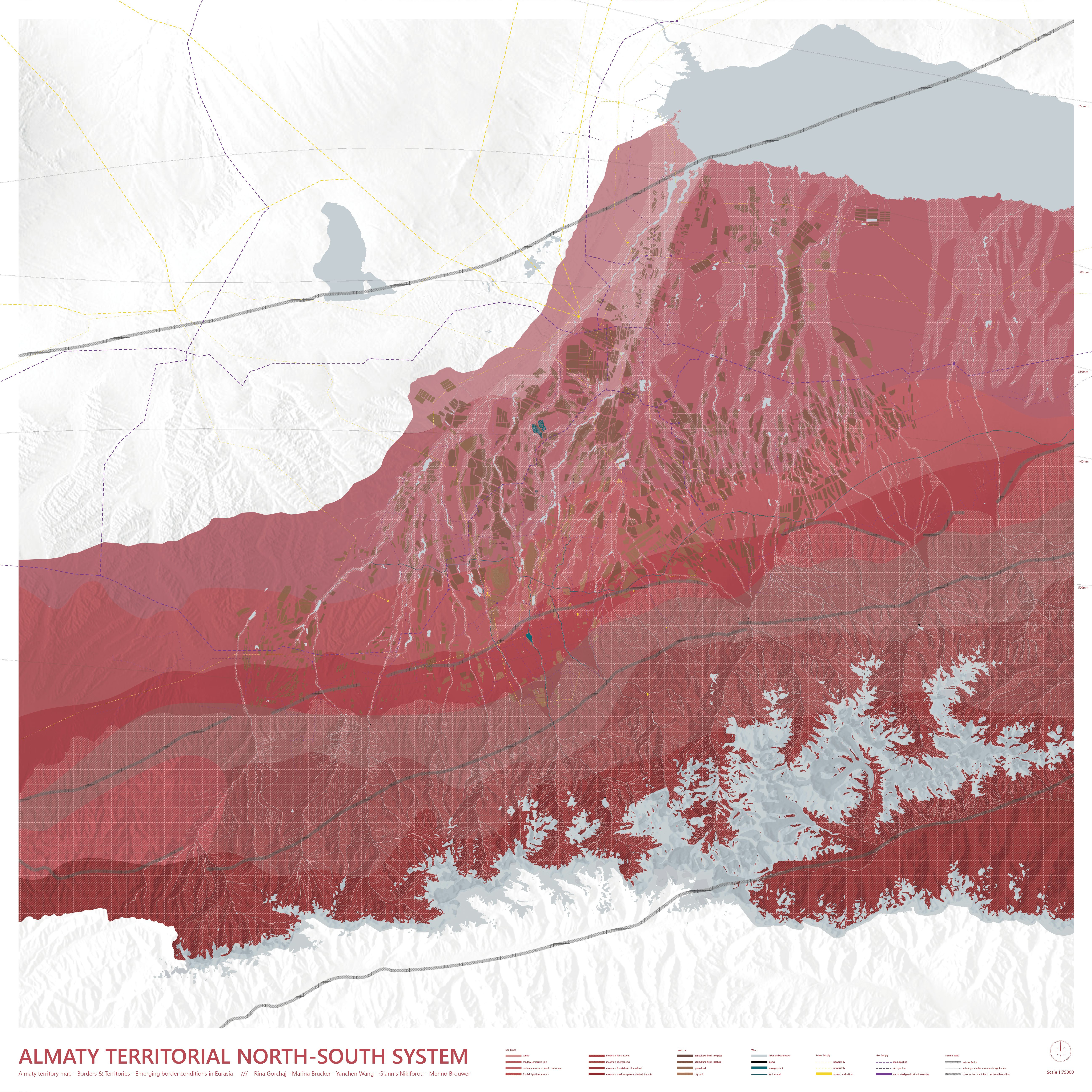 The chosen site is Almaty’s most critical zone. As it was stated in the introduction section, the base of Almaty’s territorial system is formed by the water infrastructure as generator and most important resource of the territory. The glacial lakes and mountain rivers are the origin of this water system and can thus be considered as Almaty’s most critical zone and site of the project. 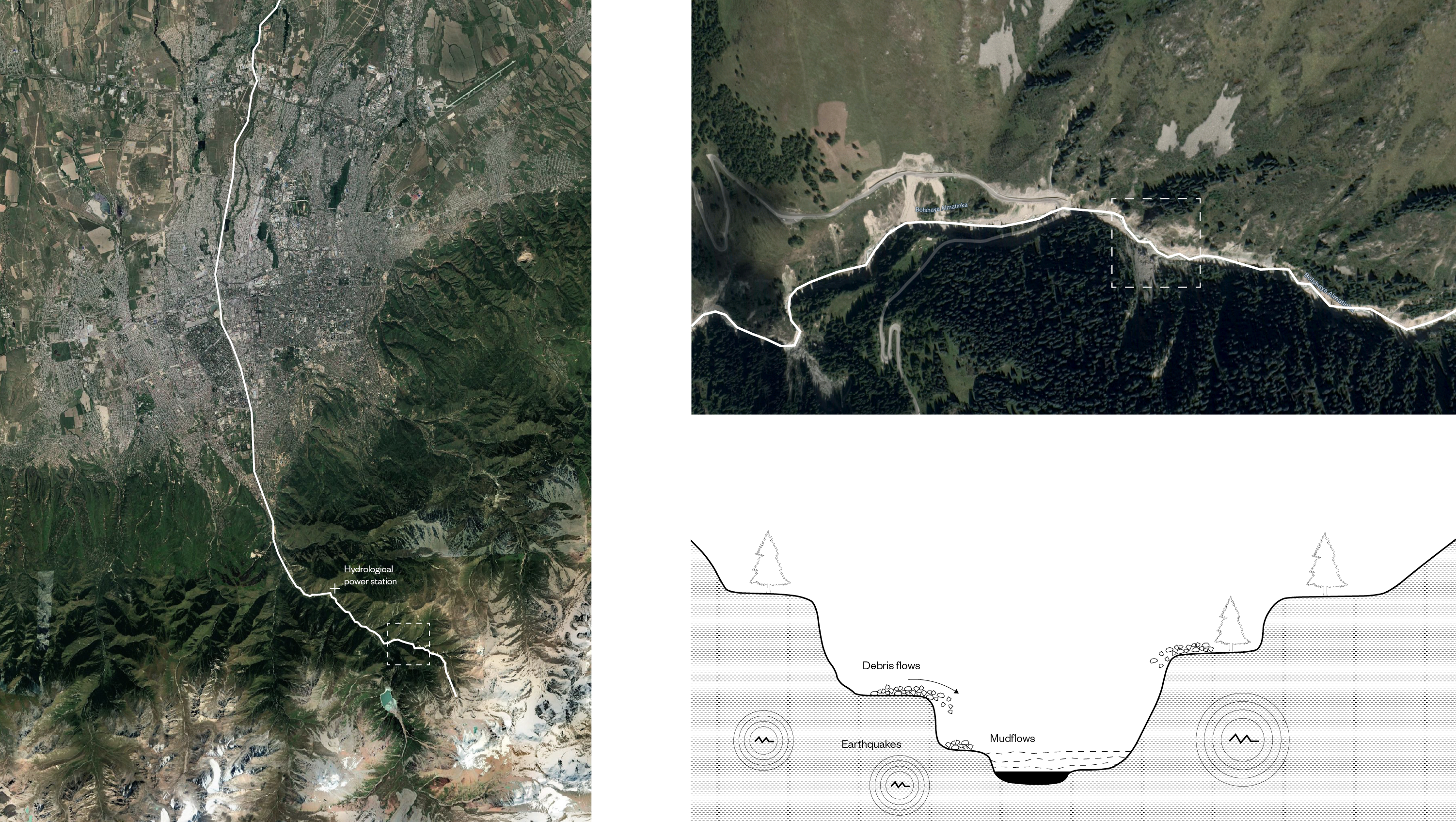 The specific chosen site is the Bolshaya Almatinka river. This river originates as a glacial lake and is one of the main rivers running through the city and further into the territory. This river is of specific importance for its hydrological power station downstream. The site is characterized by natural hazards such as earthquakes, mudflows and landslides and has a specific spatial characteristic of a canyon like section. 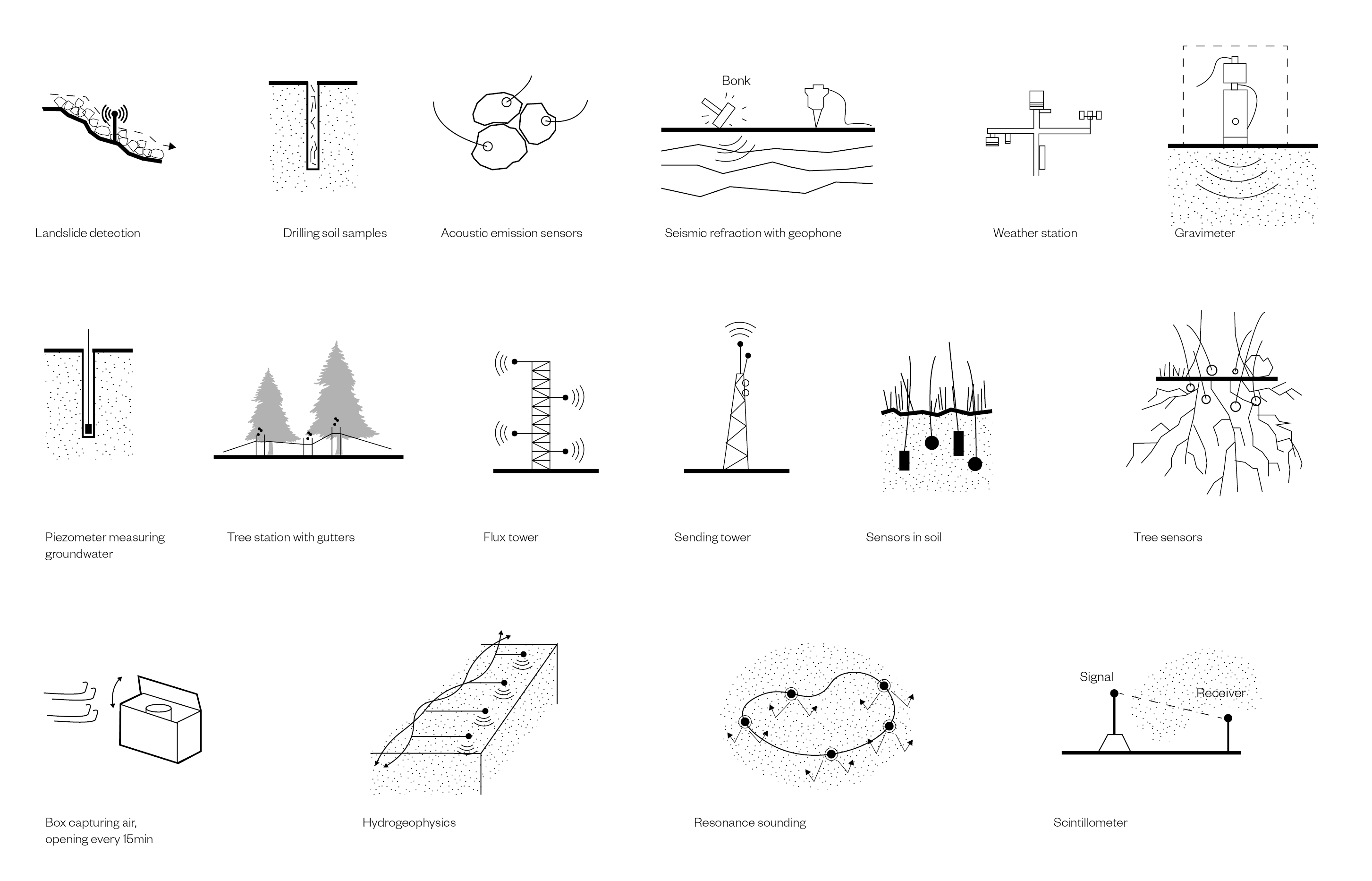 Figure 12 – Inventory of Critical Zone sensing devices. Based on Arenes, A. 2022 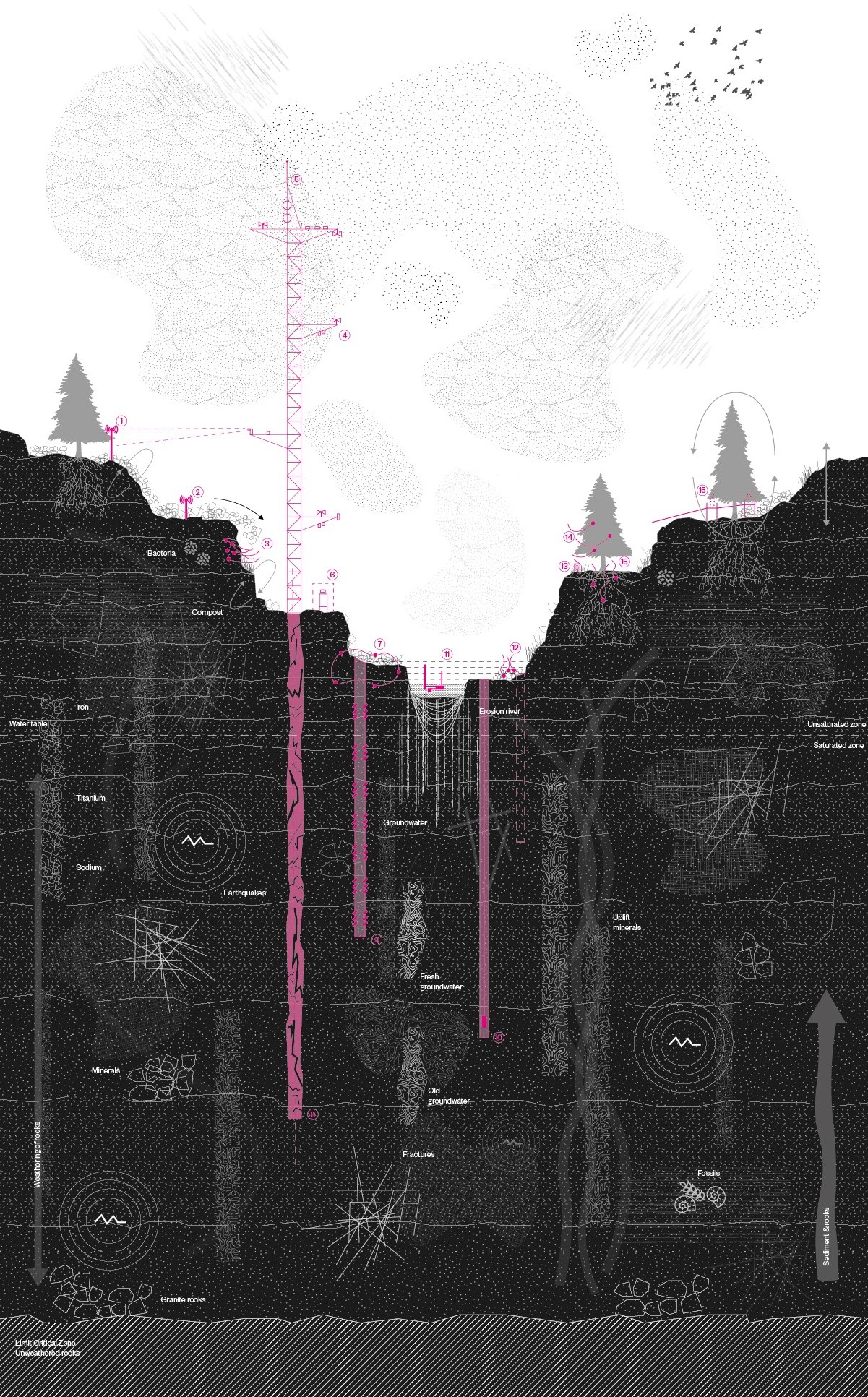 The inventory of sensing devices has been projected in a mapping of the Bolshaya Almatinka Critical Zone.
The sectional mapping is restrained to the limits of the Critical Zone, from the unweathered rocks in the earth till the atmosphere. The mapping includes the wide variety of processes and conditions that define the Critical Zone such as: erosion, groundwater, compost, minerals, weathering of rocks, roots, bacteria, atmospheric humidity etc.[4] 4 - Arenes, A. (2020). Soil map of the Strenbach Critical Zone Observatory. https://critical-zones.zkm.de/#!/detail:critical-zone-observatory-spaceThe mapping reveals the Critical Zone as one heterogeneous and highly complex zone with an entanglement between beings where different processes and sciences come together. The mapping encourages us to think about the positioning of an architectural project in relation to all these non-human processes and conditions.