Home > Design > The Excerpt in Detail

THE EXCERPT IN DETAIL

The method of design plan-wise (fig. 6) worked in a similar way to the construction of the combined models. Starting with one function, the other functions were subsequently added individually. Each time a new addition makes a small alteration to the previous condition in order for the materials and spaces to co-exist. In this fragment, the route through the memorial wall was the starting point of the design and how the users would begin to fill the wall space with objects such as flowers and candles as symbols of remembrance to lost relatives. 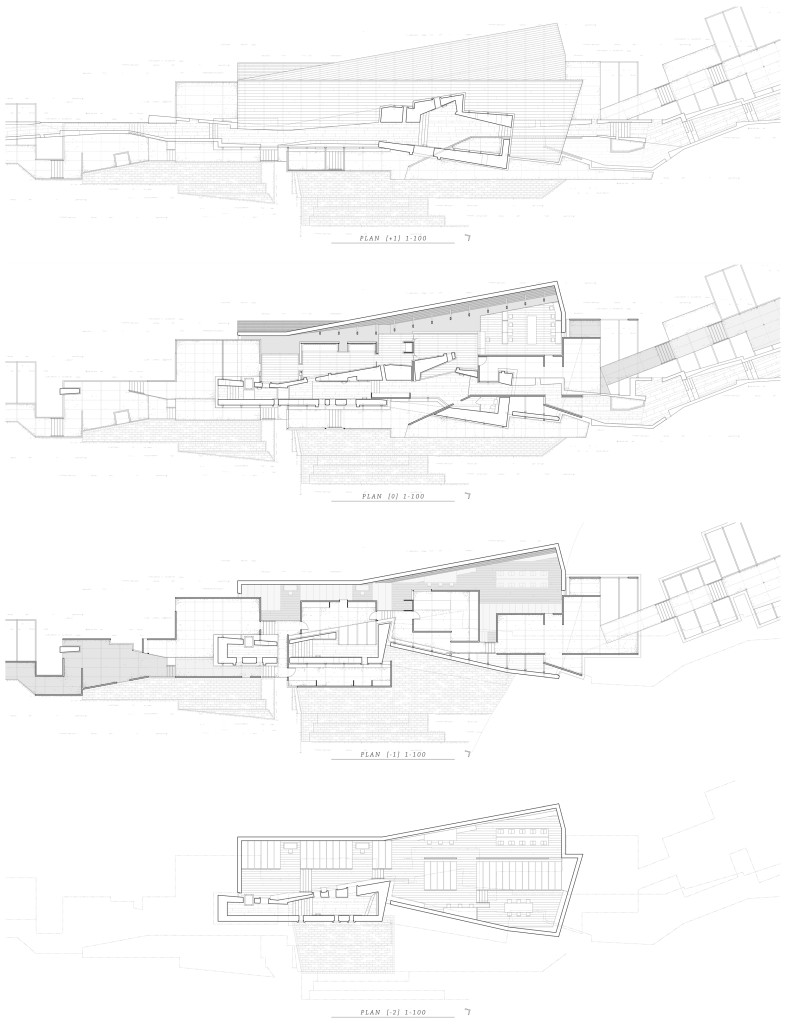 The second step was then to add the function of storage in between this memorial wall. The folded containers start to interweave and intersect with the stone structure. At certain points the steel forms an entrance within the wall or looks into the enclosed spaces of the memorial. The third step was to add the archive as an envelope and again see how it could become a part of the self-storage space or a part of the memorial space. For instance, a place where they all combine would be at the entrance, where all three materials are occurring; stone floor, timber floor, steel wall. Also in the security space of the archive, the floor is of timber, the bag drop off area is of steel and the wall is of stone.

As mentioned before, with the difficulty of incorporating the child’s mapping into the models, it did start to re-emerge in the section (fig. 7). There is a different and more fluid language in this section, one that starts to carve out the internal stone spaces based on the movements of the children. 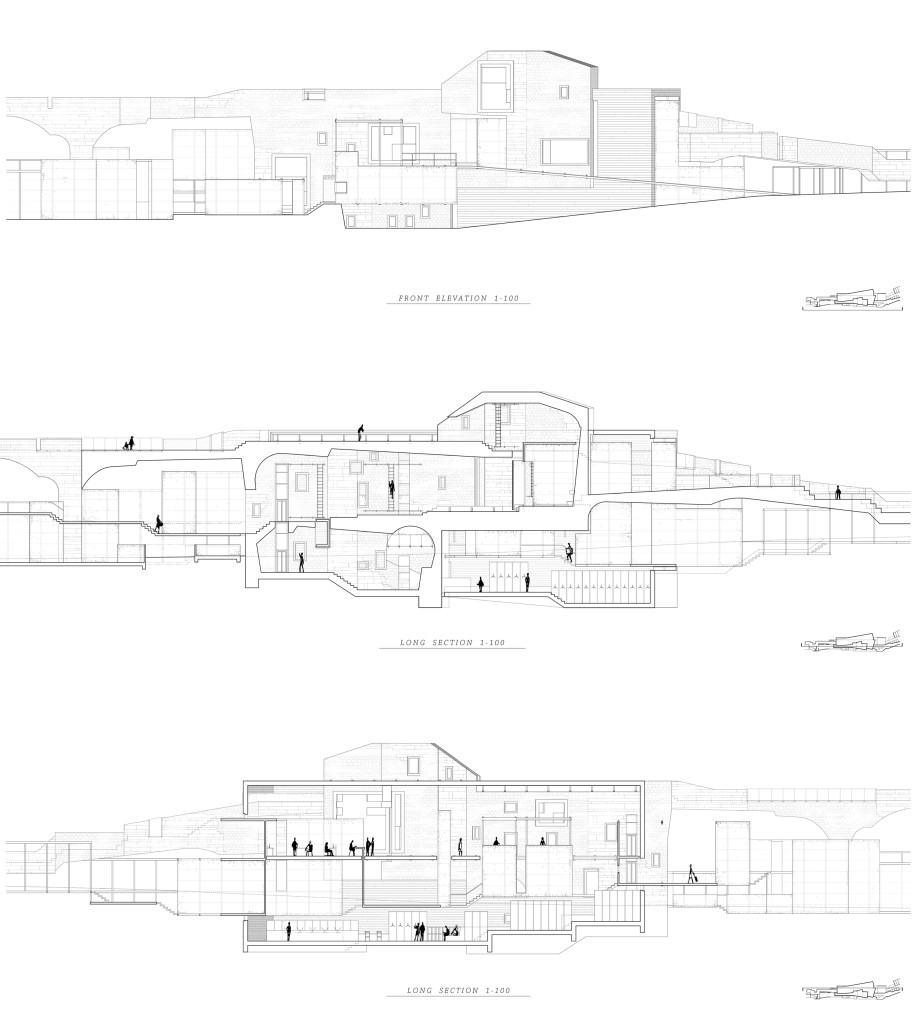 This again becomes an almost playful carving out of space. In the section the difference between the thickness of materials becomes apparent within the function of each space. The memorial space has deep floors and walls that fluctuate in height and width that give a sense of a cavernous space, whilst the steel walls of the storage are thin and give the impression of a simply folded container. The archive remains as an open volume in which documents can be stored in storage cases that are individually climatised. 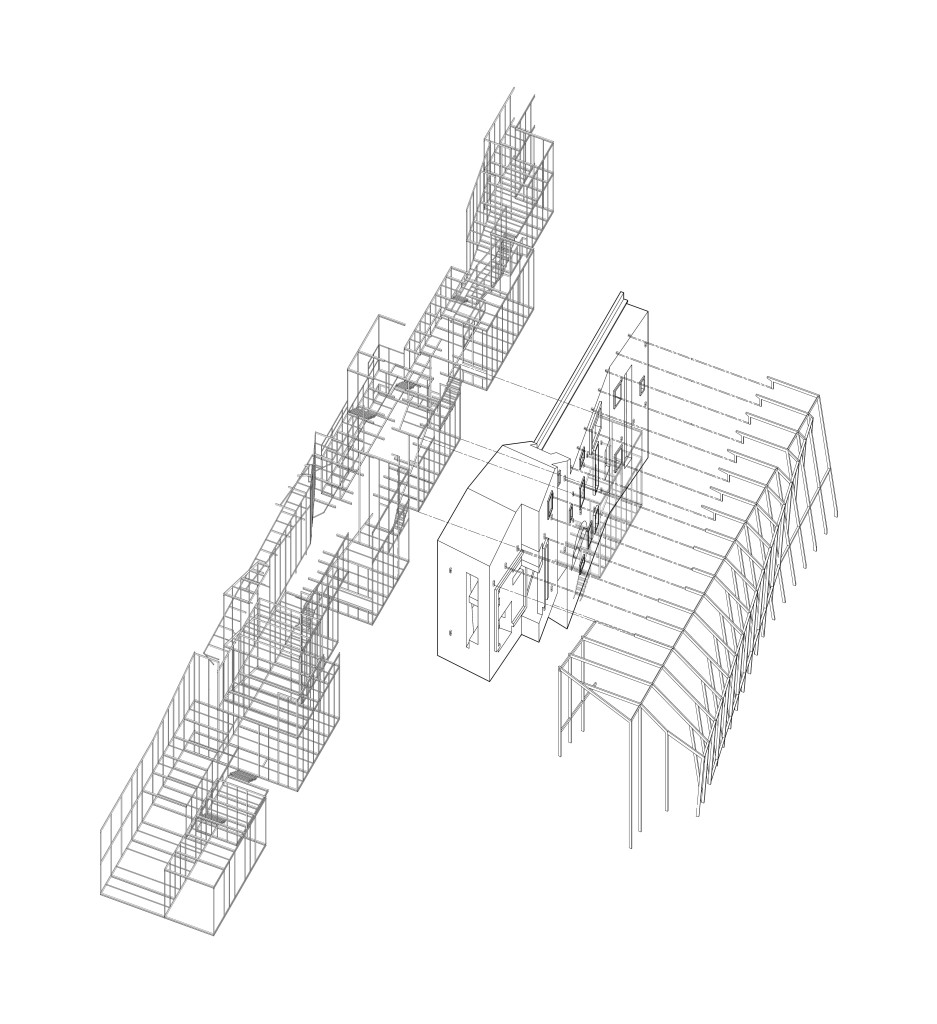 The consideration of how space and materials meet becomes apparent also in the details (fig. 10). The stone wall becomes the central element around which both the steel and timber interweave. The differentiation of materials allows users to be aware of their orientation and the spaces adjacent to them and how they relate to one another. In this sense, overlapping and overlooking spaces begin to emerge. 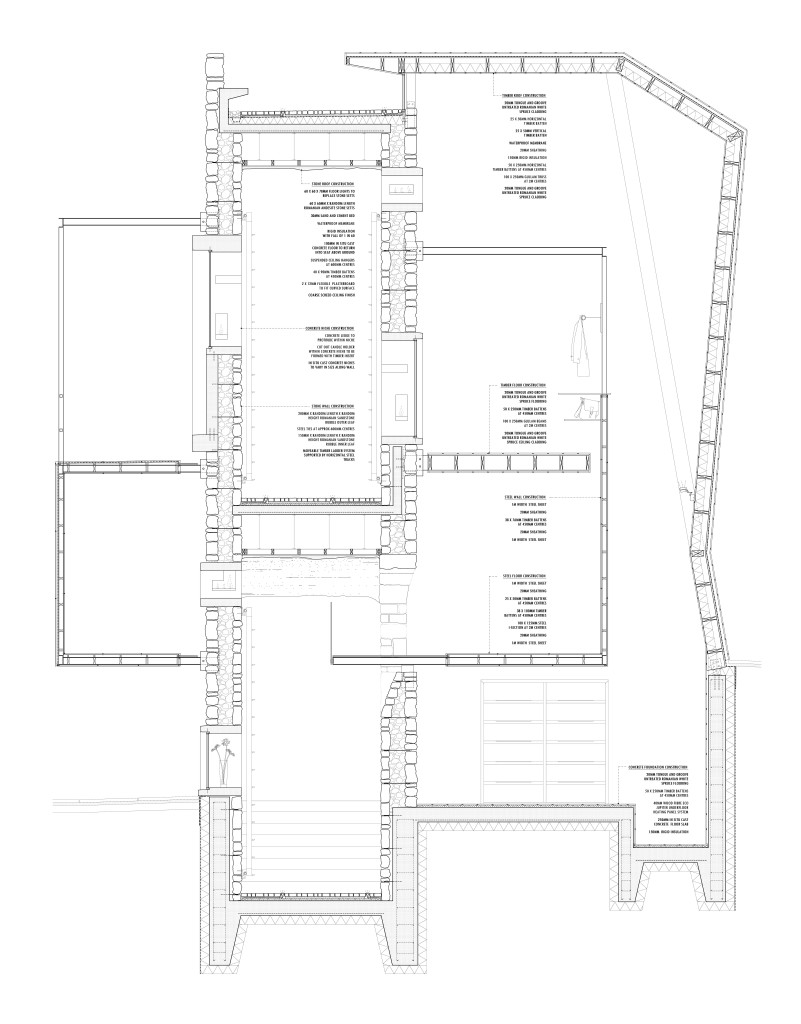 For example the niche in the memorial looks into the baggage drop off area of the archive, and a part of the self-storage space begins to overlap with the memorial space (fig. 11).

It was also important however to keep the materials distinct from each other so that they are never fully touching, but only where structurally necessary. In many instances the materials are pulled apart by several 100mm, either with glass placed between the materials as a visual separator, or simply left unglazed. The spaces at small instances begin to flow into one another.

Next: The Institute Through Time >