I visited the site on three occasions, each time defining specific parameters of observation.

On the first visit, I set a rule to avoid clearly defined roads and paths. Before visiting Chimopar, I researched the site from above, and developed an understanding of the networks of roads and paths. Therefore in avoiding these defined networks, I was able to experience the site physically in a less-structured and more ‘free’ way. We entered the site on the northern boundary at an unmarked point, with the goal to reach the centre of the site. The overgrown and wild landscape concealed any traces of these distinct paths at the boundary edges. Unbound by clearly defined routes, we were free to meander through the site and encounter the solitary ruins as we chanced upon them.

On first inspection, it was clear the ruins were all in various stages of decay; some simply missing windows, with the openings exposed, creating frames to the landscape. Others had roofs missing, barely forming a sufficient place of shelter to any passers-by. The remnants of their decay had begun to crumble around the buildings, and become part of the environment. The wild landscape had begun to encroach on the ruins, entangling itself with ruin. Along this journey we encountered objects that were clearly alien to the existing site’s use as a chemical plant. As we came across a solitary flood light, it became clear the site was occupied by informal users, where the journey was cut-off abruptly (fig. 10a, b). 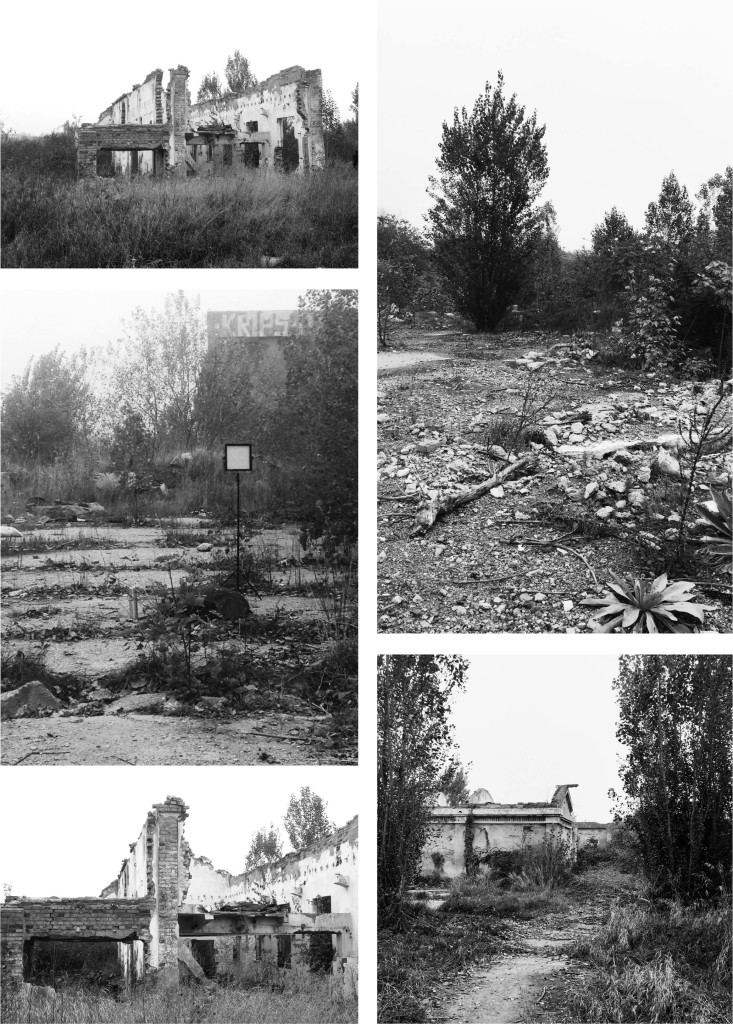 Fig 10a. Series of photographs from visit 01_Unprescribed Routes. 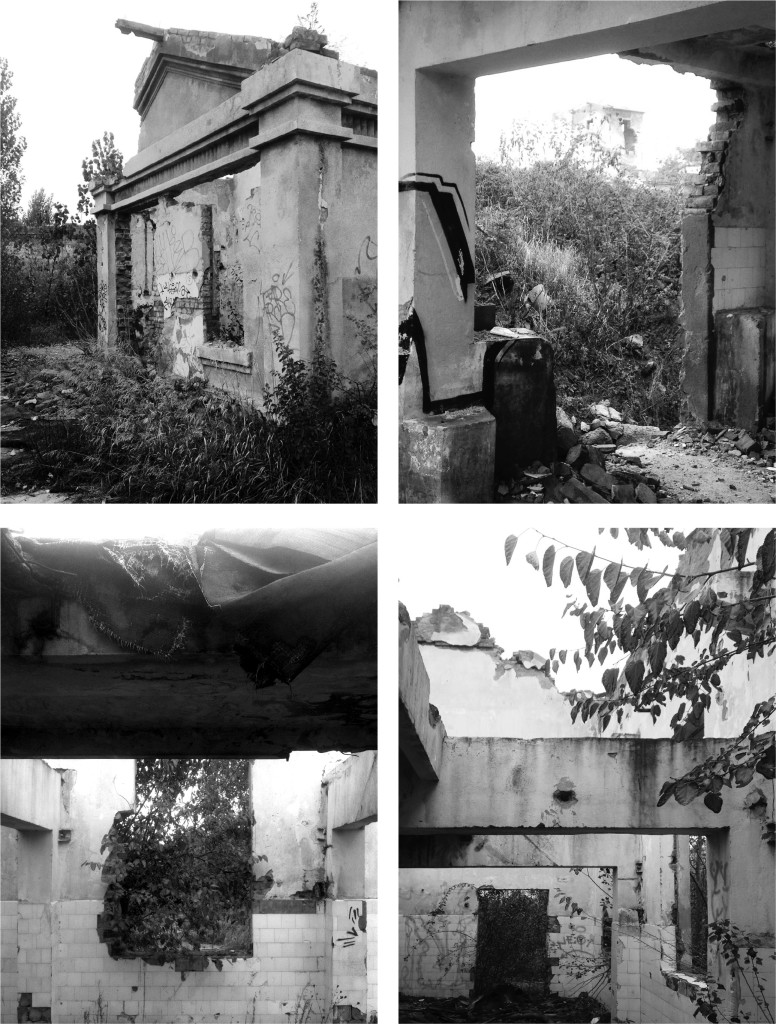 Fig 10b. Series of photographs from visit 01_Unprescribed Routes.

In order to explore the site extents further and deeper, the second visit played on the principles of dérive. As a technique of navigation, the dérive allows the navigators to remove themselves from conventional space and allow the person to be drawn to elements within the landscape. It begins to take play as a serious concept by establishing specific rules for walking. In a small group we drifted through the site and allowed site encounters to influence our direction. The rule for this visit was to avoid obstacles, deterrents, and confrontations, responding to them as deflections for re-positioning our direction and movements. We avoided situations such as interactions with police, security guards and site workers. The journey spanned 5 hours in which we encountered a young boy and a dog. These became significant influencers in the navigated route of the site and exposed us to new parts of the site we would have previously not taken.

The following short passage frames the journey, encounters and adjustments in our path: 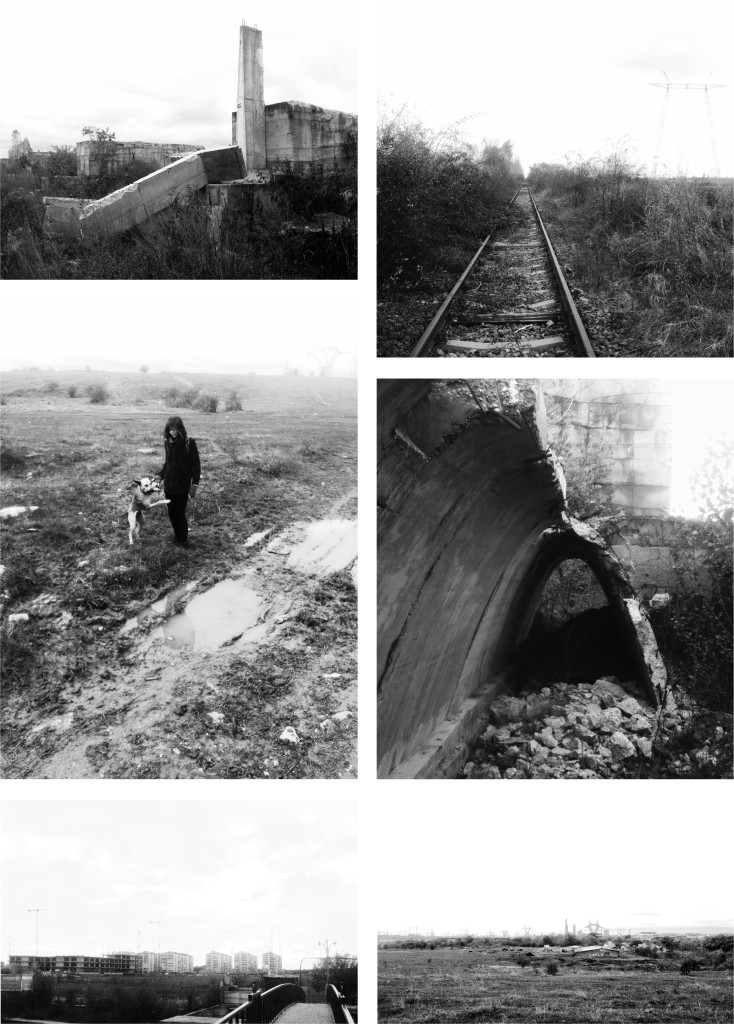 Fig 11a. Series of photographs from visit 02_Re-Positioning. 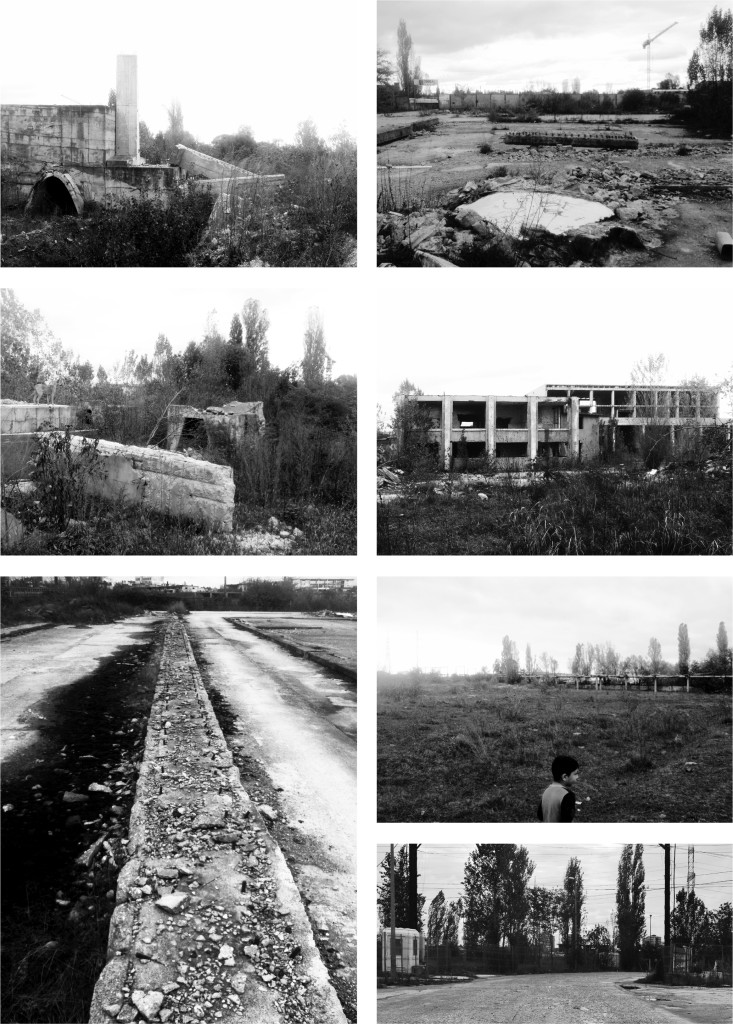 Fig 11b. Series of photographs from visit 02_Re-Positioning. 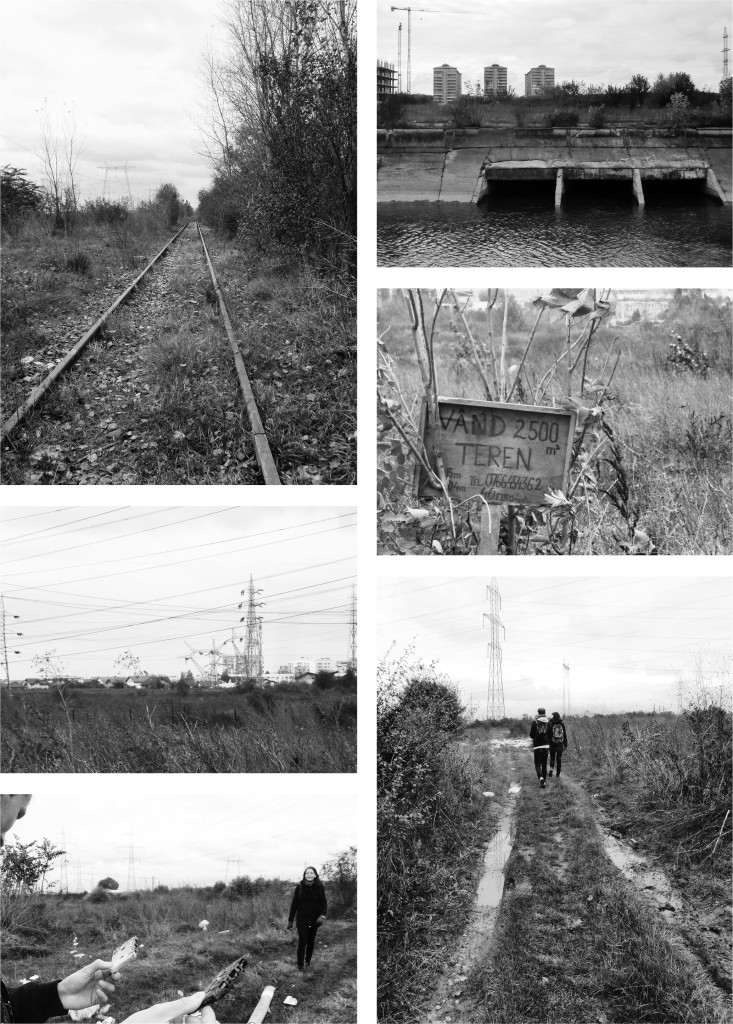 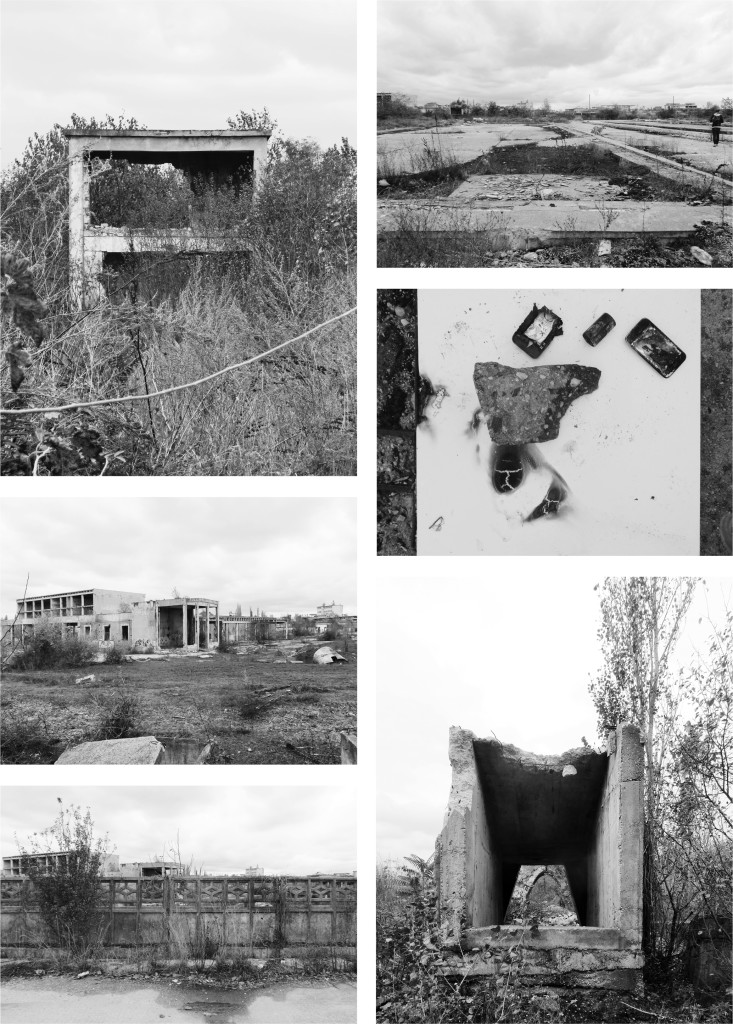 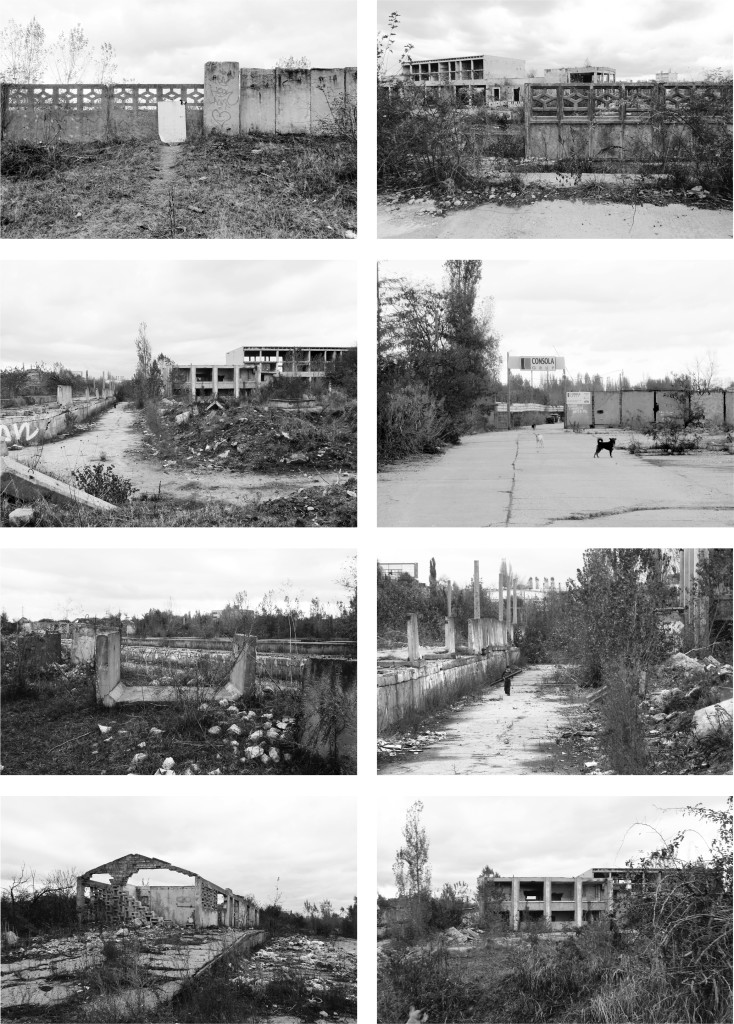 The third visit was viewed through the lens of a pin-hole camera. The purpose of this was to capture small instances of the site. However, as with all visits, it is the unexpected encounters which reap the most valuable experiences. Here we encountered three children playing on the site which held a greater bearing on the understanding of the site. Through their bodies, actions and freedom of play, I was able to read the site from their perspective. We again encountered Madalin, from the second site visit, and two others; Alessandro and Vasily. When we approached the children, they were playing in the site, throwing discs as frisbees and inventing a game. A steel drum on the site was used as a goal, which they aimed the discs to. The children were of different ages, sizes and strengths, each trying to hit the goal. For each child, the site would begin to reveal itself, distorted to reality. The strength of their throw determining distance, and the size of steps taken to retrieve the discs. The children went on to run across the site, chasing one another, as though it was simply a playground, disregarding the hazards that lay about. They jumped over, ran across and around low-level circular brick structures, jumping from one to the other, testing the distance and their bodies (fig. 12a, b, c). 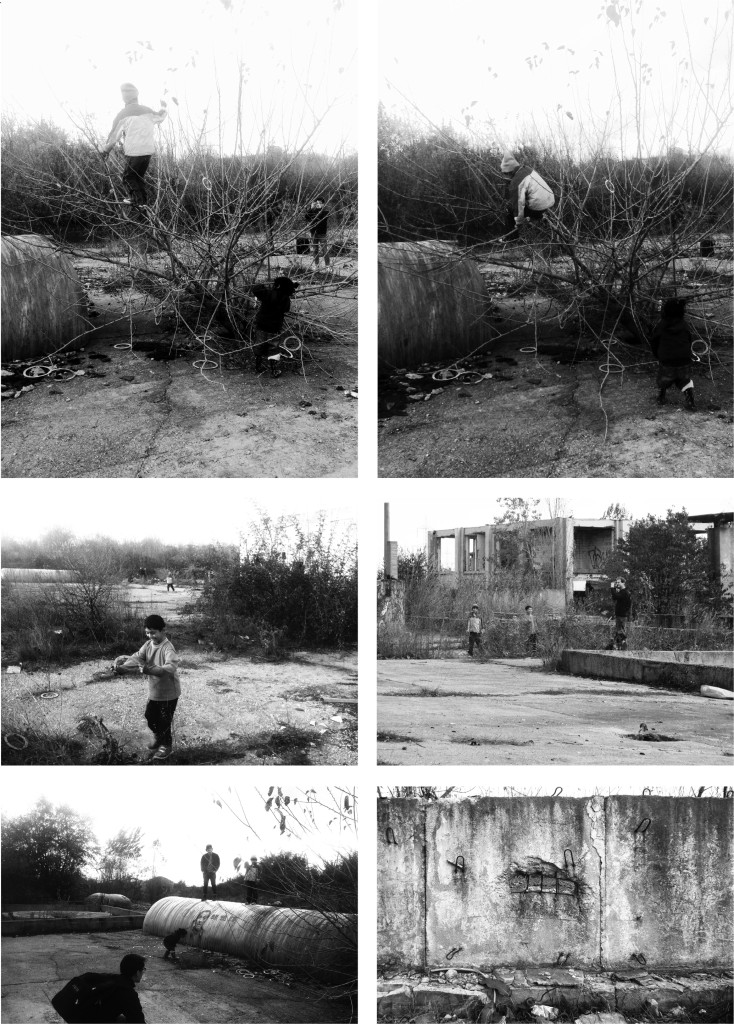 Fig 12a. Series of photographs from visit 03_Pin-Hole View. 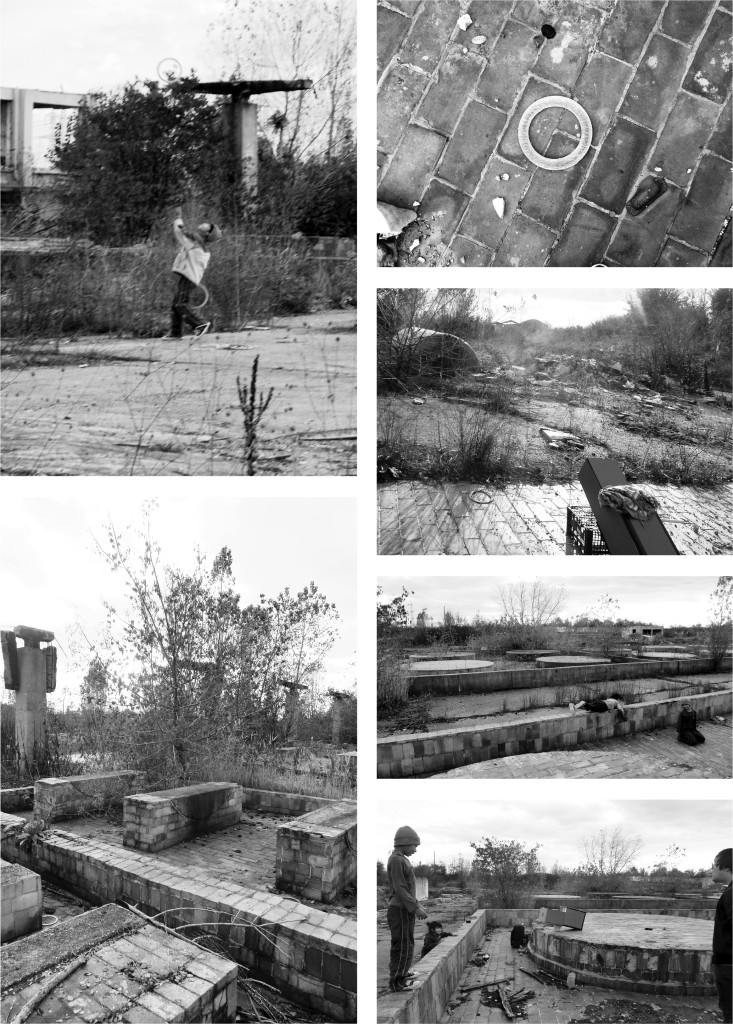 Fig 12b. Series of photographs from visit 03_Pin-Hole View. 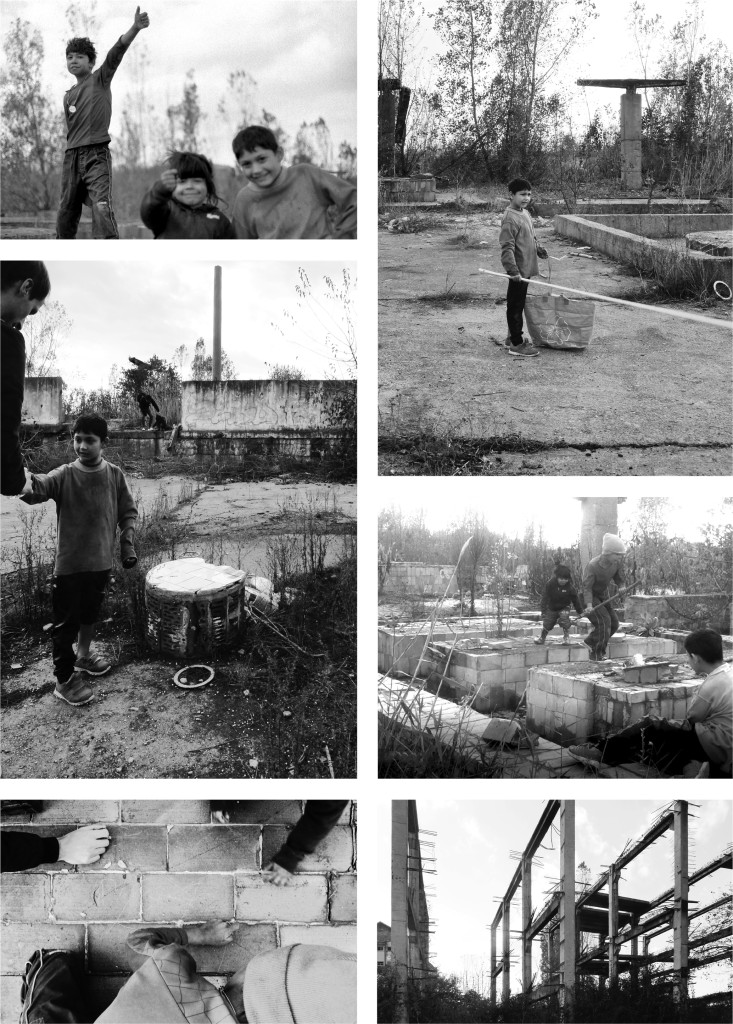