The analysis and observation of the abandoned chemical factory, Chimopar, is fundamental to the design process.Analysis of the site is critical in creating or cultivating a playful design approach.It is through observation, investigation, documentation and mapping that the analysis begins to define the rules of play. These rules, defined by the analysis, subsequently inform the design and with it bring a playful character to the design itself. The idea of ‘play’ became a fundamental tool for analysis, a process that involved freedom, moved away from ordinary life, embodied order and most importantly created the rules for design. Without rules play cannot exist. The design outcome would therefore be brought about through these rules and would evolve as a design in and of itself. Ultimately, the project seeks to design a specific set of rules or a ‘modus operandi’ in order for subsequent players/designers to continue developing these spaces in play. The process of analysis involved five acts; definition, interpretation, representation, translation and combination.

The first act builds on the experiences from the site of investigation, and defines the gazes towards Chimopar. These are the gazes of the detective, re-adjustment, labyrinth, ruin, and child.The second act, interpretation, draws meaning from those experiences in a free yet defined way. The freedom to choose how these gazes are seen. Representation, the third act, seeks to bring those meanings into the visual realm through mappings. The purpose of these mappings are to uncover non-physical borders, highlight relations, document movement, expose conflicts and express play. The qualities of the mappings are translated into spatial 2.5D models, which is the fourth act, one where the technique of mapping becomes the basis of the models. The final act of combining the models interweaves the distinct gazes of the site into a singular spatial form. In following the prescribed steps the outcome goes beyond the limits of design and is no longer restrained by place or use.

The models became the basis for developing an architectural language to be re-inserted into the city’s fabric. However, the idea of ‘function’ began to play a part in the design only at a later stage. The urban environment at Chimopar reflected the images discussed in the section, ‘The Agency of Urban Decay’. Nuijen’s painting of a River Landscape, Estienne’s illustrations of dissected parts and in particular Piranesi’s etching of the Via Appia and Via Ardeatina, reflected both the condition of the site and city on a wider scale. The images link back to the idea of decay and the notion of ‘cemetery’ as a collection of lost and forgotten items. The linguistic connotations of the word ‘cemetery’ conjures a place of memory, holding traces of the past; footsteps, flowers. It holds a collection of things; bodies, headstones, bones. It offers a place to reflect, to visit, re-visit, pause. It connects with time, people, places, events. It is never static, it continually grows. By exploring the meaning of the word cemetery is it possible to expand its link with the idea of decay and generate multiple understandings of the word, each of which interpreted as different functions. 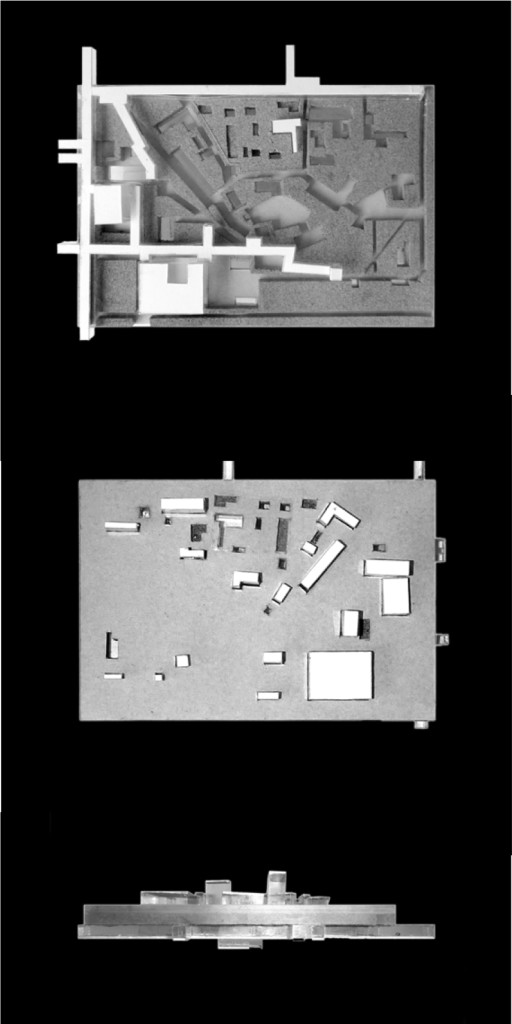 Fig 1. A Game. Model of site interpreted as a tilting board game, constructed prior to visiting the site. The network of pipes, roads, footpaths and buildings are experienced spatially through the movement of a metal ball within the model.