The outcome of the research and analysis phase was a series of five mappings that related to a specific gaze; detective, re-adjustment, labyrinth, ruin, child. Of these five, the latter three were selected as the most prominent to take forward in the design process. The mappings of each of these gazes was revisited in order to translate them into 2.5D models.

The first attempt of this operation was to re-visit the labyrinth’s gaze using the process of layering. Similar techniques as in the drawing were applied to the paper model as a translation of the mapping. The model has been cut into, inscribed, layered, superimposed, scored and lifted, each time adding a new trace to the model (fig. 10). 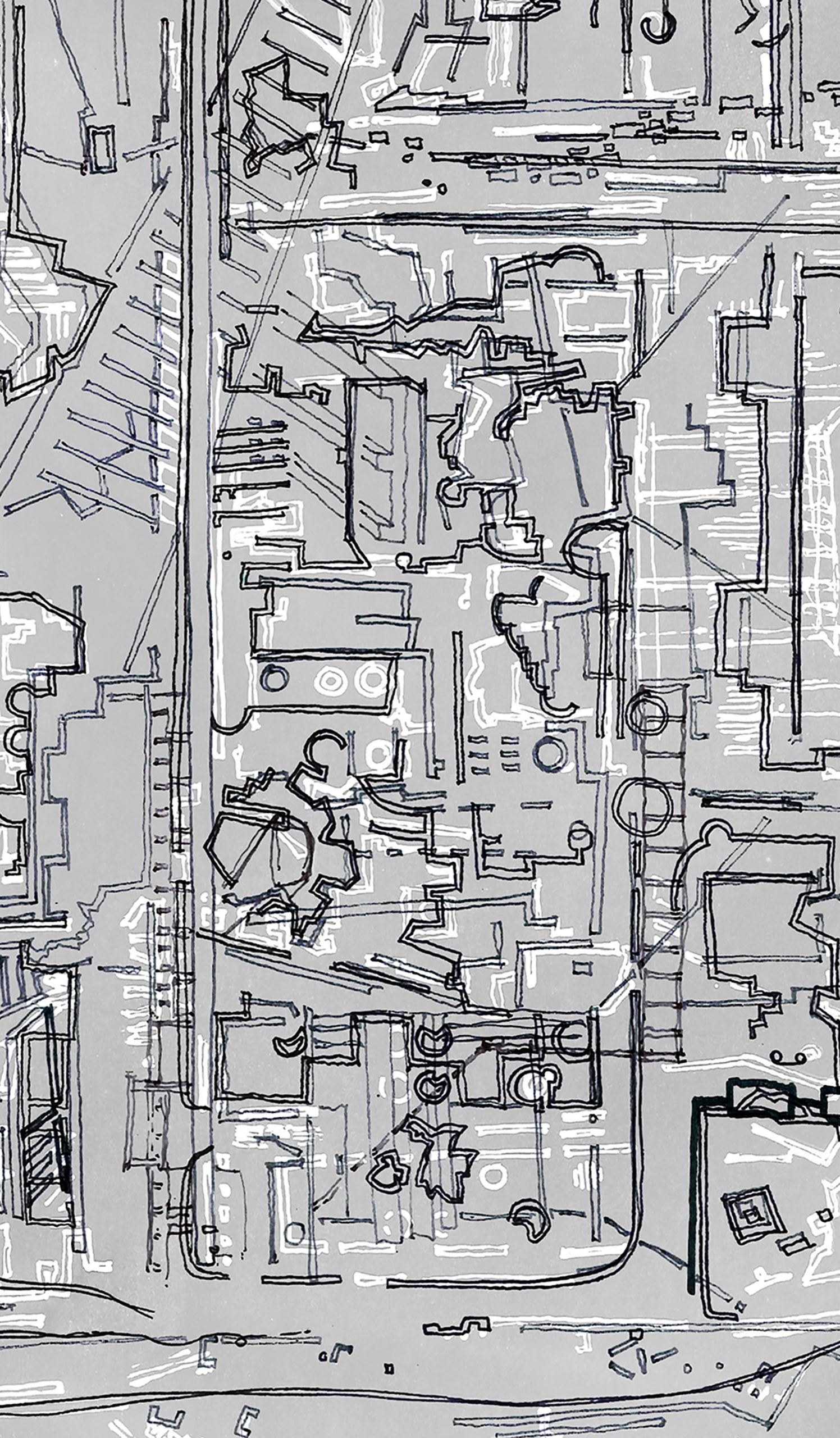 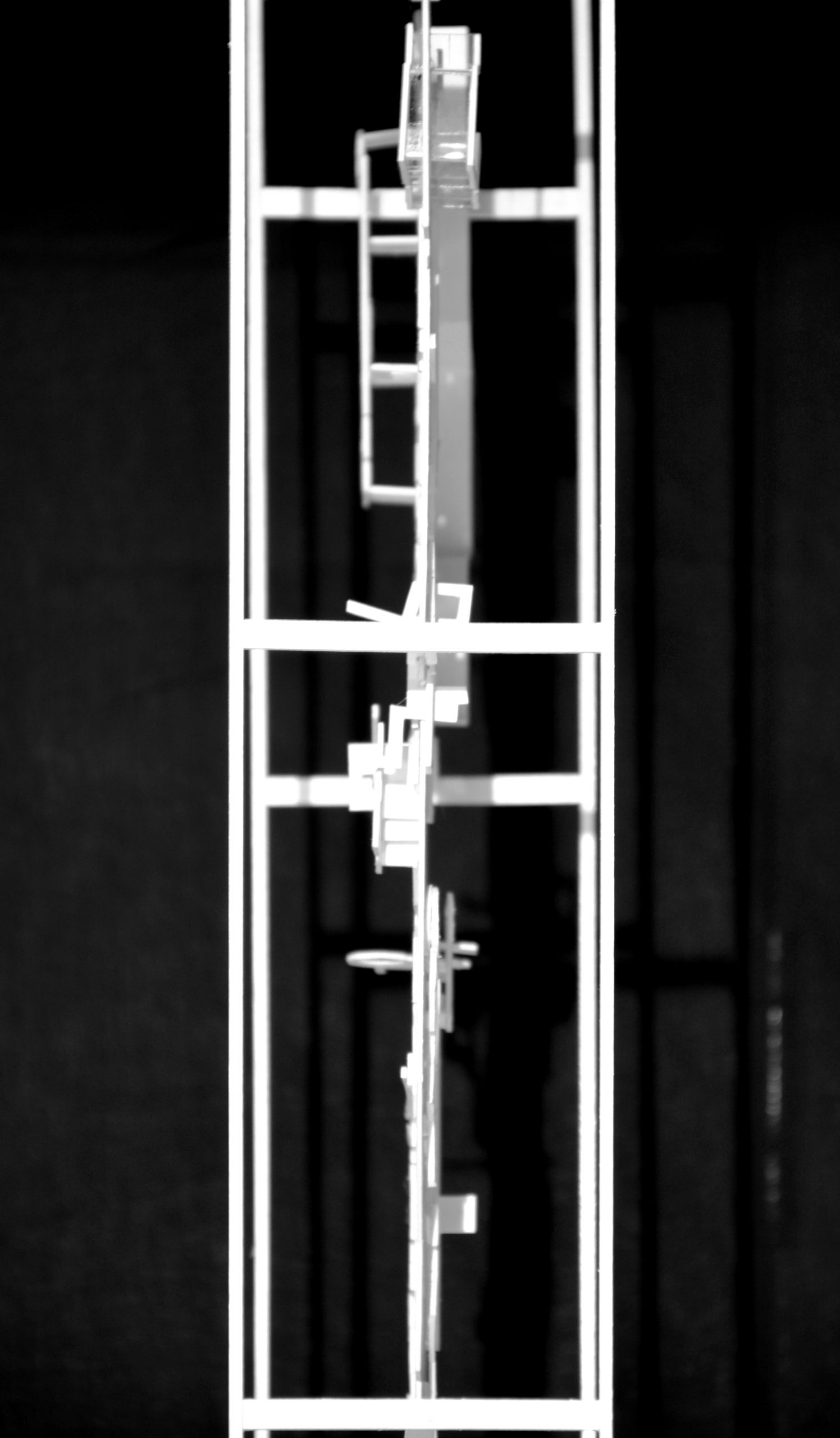 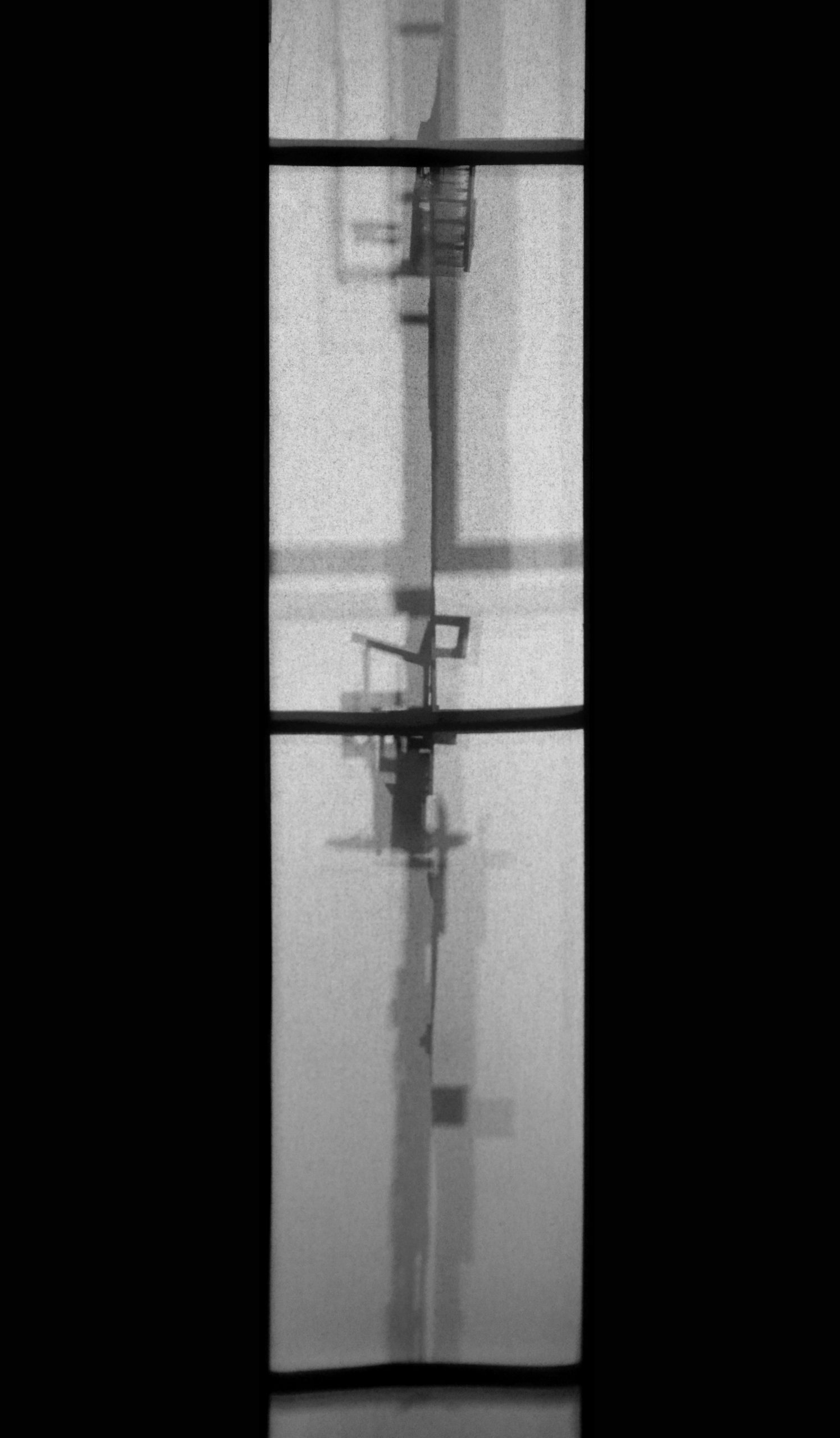 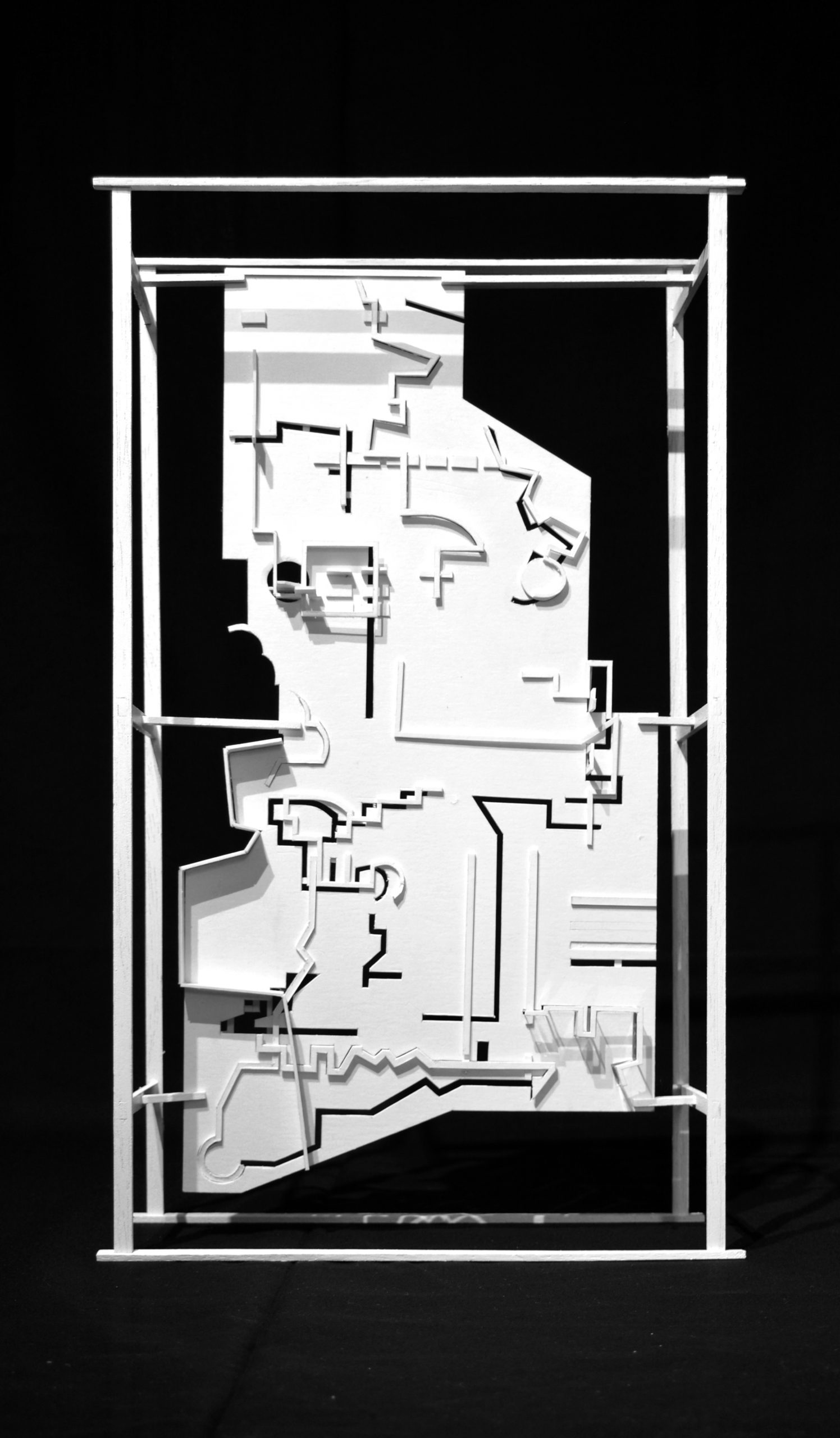 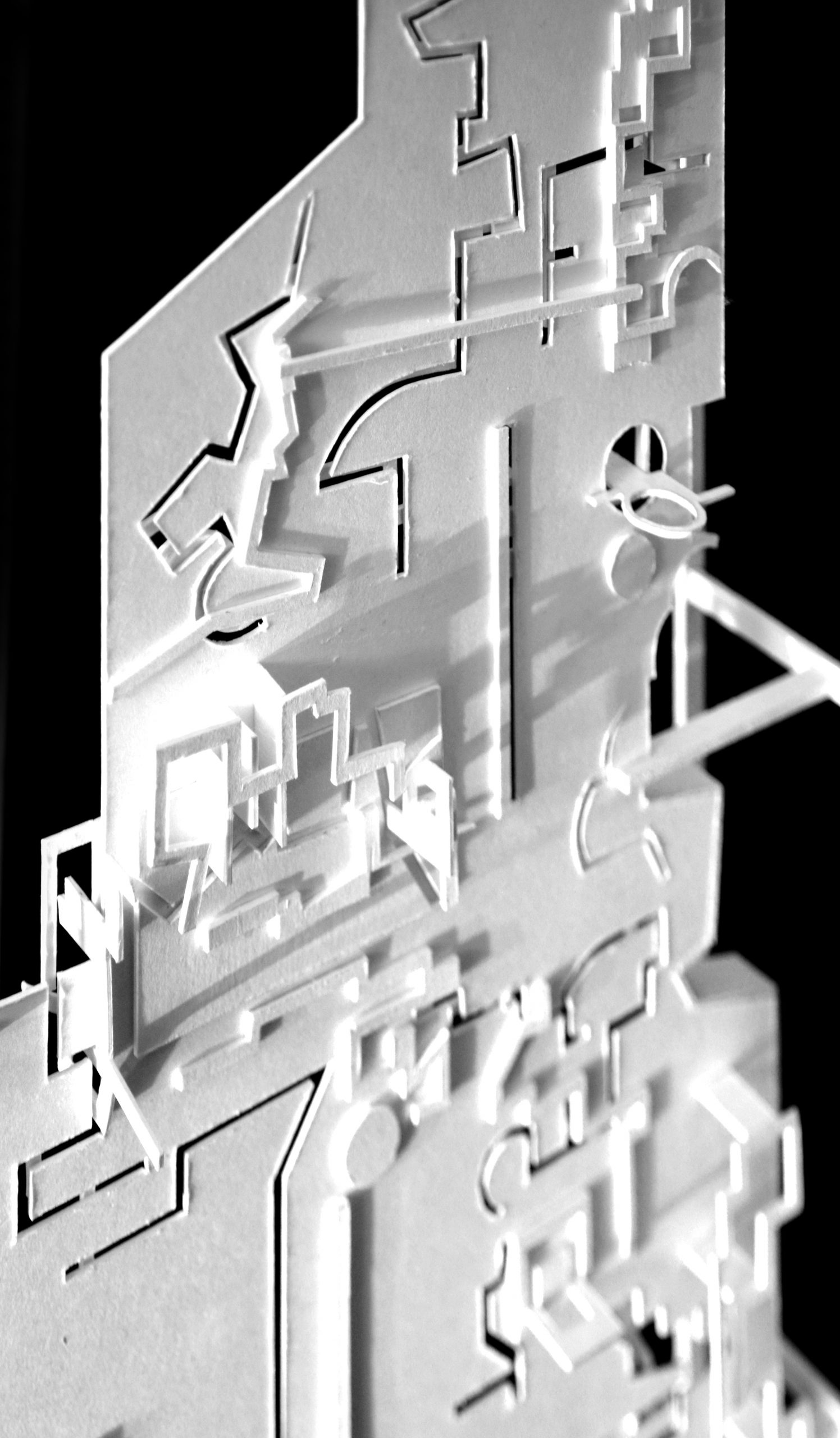 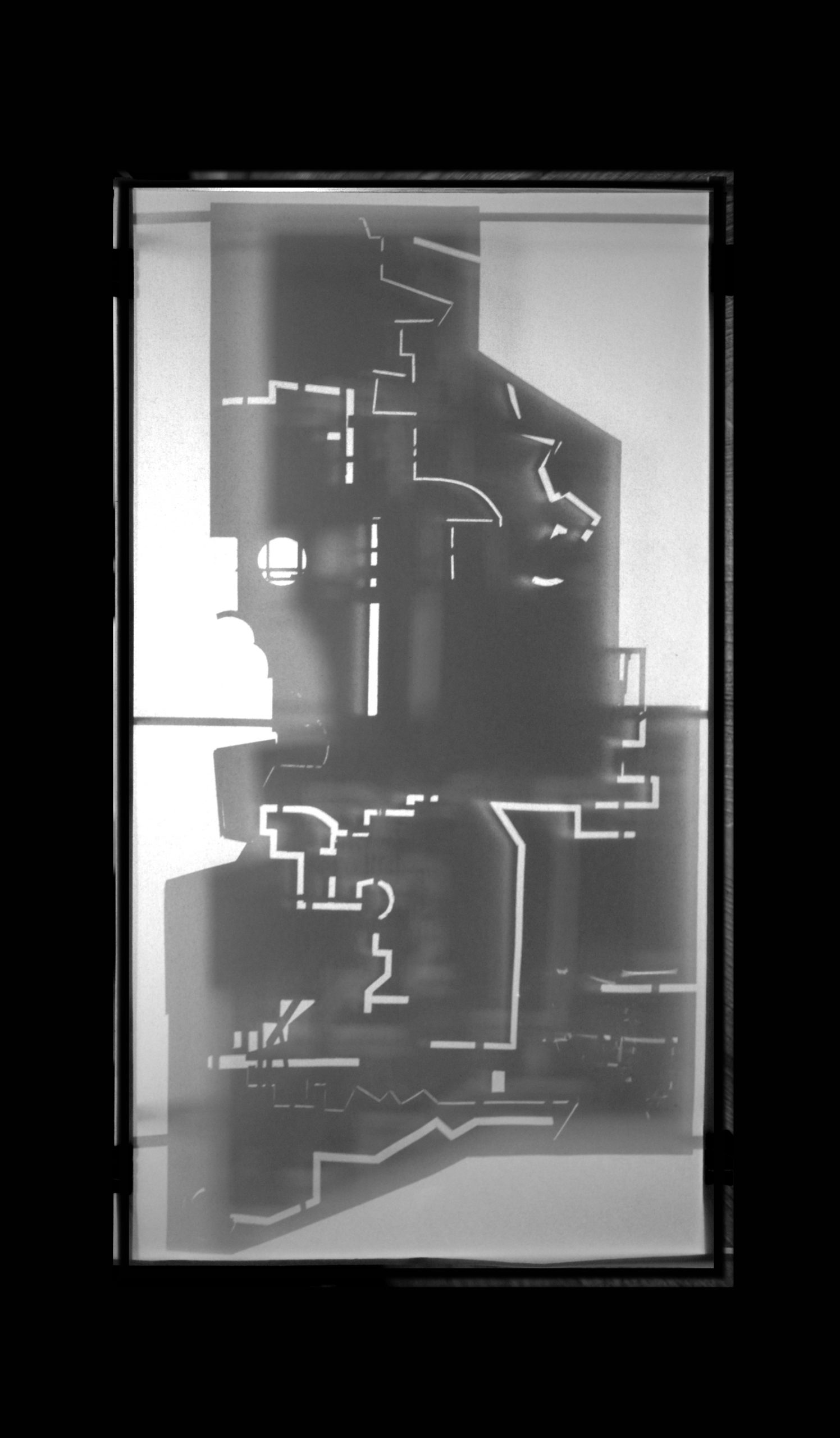 For the ruin’s model, a sample section was taken along the length of the mapping. The six stages of decay were translated into architectural qualities such as light, dark, low space, high space, gradient, narrowing, inside, outside and transparency of material. The result therefore is a constantly changing series of folded spaces that appear both above ground and below (fig. 11). The intention was to give an indication of a space that could partly be enclosed or be a sheltered space where there are slight changes of materials.

Fig. 11. Drawing a line across the Ruin’s mapping, a part of the drawing is re-interpreted as a spatial model. 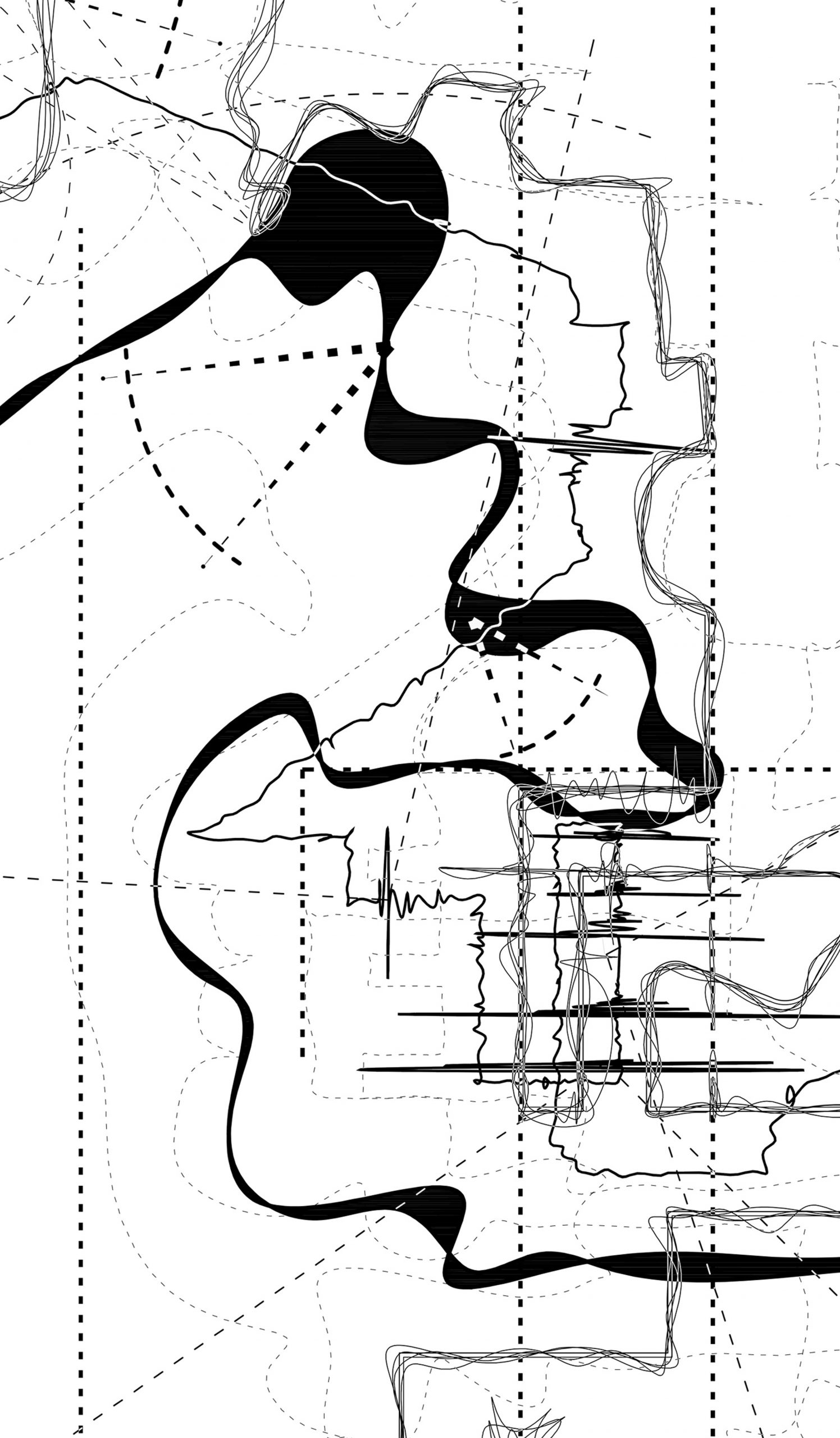 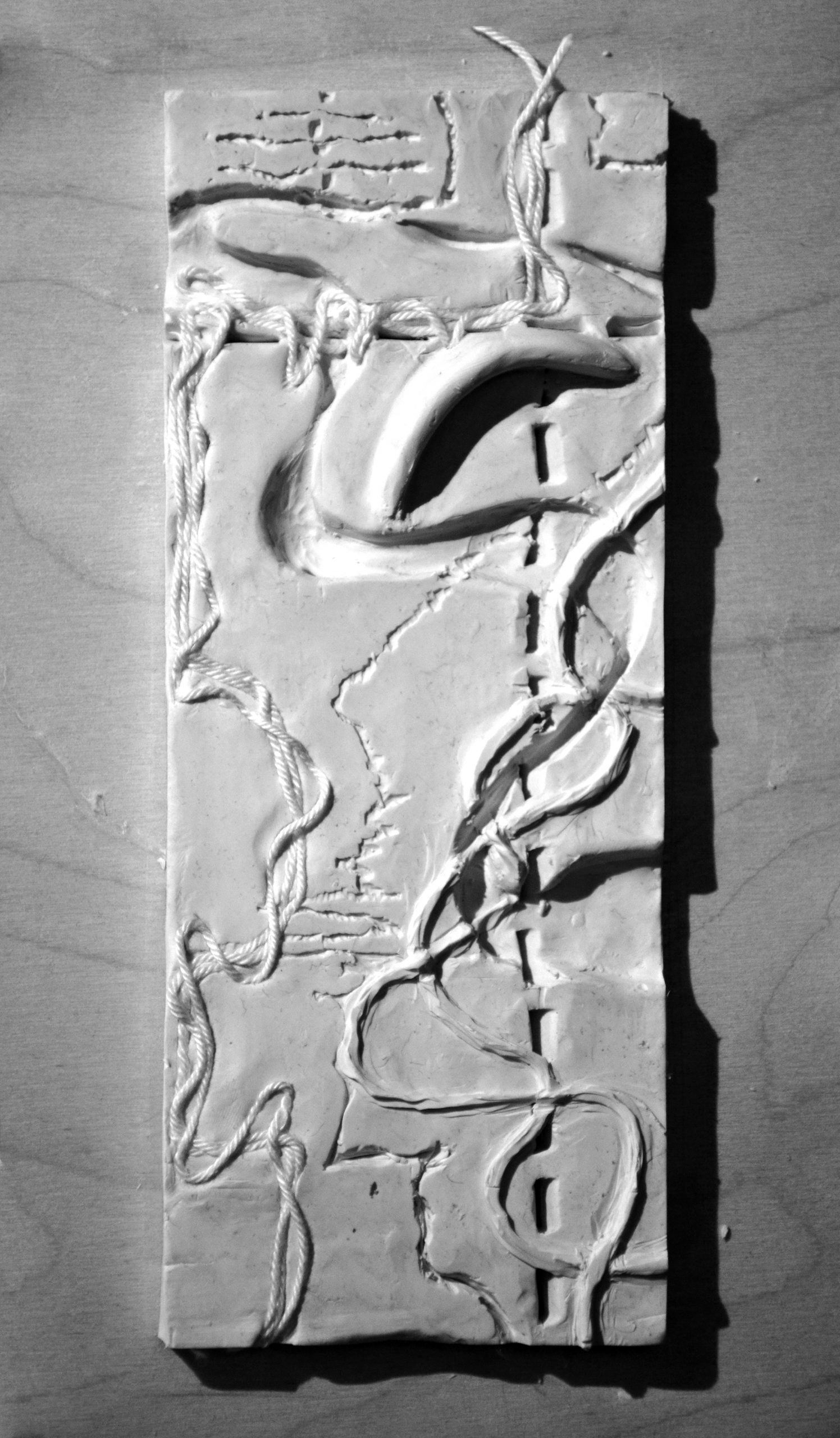